Tired of Being Tired?

Tired of Being Tired? 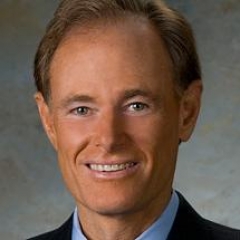 “Fibromyalgia,” the lecturer claimed, “is essentially a disorder of mitochondrial function. This explains why these patients are fatigued and why they are mentally fogged. Because the mitochondria aren’t working up to speed, there is an accumulation of toxic byproducts of metabolism in the soft tissues, and this explains the pain.” (Mitochondria are the conductors of the genetic orchestra that regulate how every cell ages, divides, and dies.)

It was way back in 1997 when I attended this lecture offering an alternative medicine approach to what was becoming a fairly widespread medical condition.

Unfortunately for many patients suffering from this disease at that time, mainstream medicine flat-out denied its existence. When standard laboratory tests failed to show any evidence of abnormality, primary care doctors tended to conclude that the problem was “all in the head.”

As is so often the case with “modern medicine,” fibromyalgia became validated as a true medical condition only when pharmaceutical manufacturers developed a drug to treat it. These days, doctors simply write a prescription, and the drugs are flying off the shelves.

But the idea that problems with mitochondrial function play an important role in this disorder has maintained traction over the years, at least with more enlightened physicians who are concerned with treating the underlying causes of disease, rather than simply focusing on symptom management.

Shortly after the lecture, I returned to my office and began to reassess my approach to fibromyalgia. Coincidentally, at that time I was investigating a variety of techniques designed to enhance mitochondrial function and turned my attention to glutathione, a chemical normally produced in the body that protects mitochondria and maintains their function. (Glutathione has been termed “the master antioxidant” in human physiology.) My research revealed that glutathione could be administered intravenously and was approved as an emergency treatment for acetaminophen overdose. I was soon able to find a supplier and, before long, began to treat our ever-growing number of fibromyalgia patients with injections of glutathione, often with immediate and dramatic success.

One September afternoon, I had the opportunity to evaluate a patient who, unfortunately, not only had fairly advanced fibromyalgia but Parkinson’s disease as well. The latter had compromised his ability to walk to the extent that he was wheelchair bound. We moved ahead with our newly discovered treatment for fibromyalgia and administered glutathione into his vein.

What happened next forever changed my practice of medicine. About 20 minutes after the injection, this patient got out of the wheelchair and began to walk around the office. I, along with my entire office staff, stared in amazement until we noticed tears flooding his wife’s face, at which point we all started crying, too.

My mind was racing. What had happened? Then it came to me: it was already well known that Parkinson’s is basically a mitochondrial disorder, so treating him with glutathione was actually targeting the root cause of the disease. As I would come to say in many lectures over the years since, “We treated the fire, not just the smoke.”

Louis Pasteur once observed, “Chance favors the prepared mind,” and I was, and remain, grateful for this chance event with this patient as my mind, deeply involved in the science of mitochondrial biochemistry, was “prepared “ to connect these two seemingly disparate puzzle parts.

I soon uncovered research that demonstrated that, in addition to the fact that Parkinson’s is a mitochondrial disorder, post mortem analysis had proven that the brains of Parkinsonians were actually deficient in glutathione! Furthermore, Italian researchers had, just one year earlier, demonstrated dramatic and long-lasting improvements in Parkinson’s patients who received intravenous glutathione. The researchers reported, “All patients improved significantly after glutathione therapy, with a 42% decline in disability. . . . the therapeutic effect lasted 2–4 months. . . . Glutathione has symptomatic efficacy and possibly retards the progression of the disease.” And yet, perhaps because it was not a patentable drug, no one had gotten the word out to the tens of thousands of neurologists who treat Parkinson’s patients every day.1

After this original epiphany, I began to treat my Parkinson’s patients aggressively with this new approach—with continued success. I incorporated compelling videotaped examples of Parkinson’s patients before and after glutathione therapy into various lectures I was presenting to my colleagues around the country—primarily complementary-minded groups, who responded wonderfully, with acceptance.

Interestingly, several times over the years, mainstream neurologists accused me of hiring actors to stand in for actual patients in these glutathione videos. These challenges always brought to mind these wise words of the Belgian Nobel laureate in literature, Maurice Maeterinck: “At every crossway on the road that leads to the future, each progressive spirit is opposed by a thousand men appointed to guard the past.”

Over the ensuing years, the science surrounding glutathione exploded, and we began to incorporate this powerful natural substance into a large number of our protocols, from combating the common cold, to treating multiple sclerosis, to preventing nerve damage in cancer patients receiving chemotherapy.

Dr. Perlmutter is a frequent lecturer at symposia sponsored by such medical institutions as Columbia University, the University of Arizona, Scripps Institute, and Harvard University. He has contributed extensively to the world medical literature wit Continue reading