Too Much Psychic Baggage?

Too Much Psychic Baggage?

How to downsize your negative stuff. 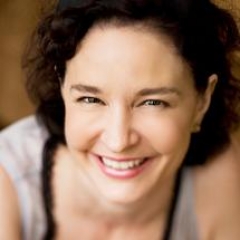 Several years ago I was invited to teach at the Mind, Body, Spirit Festival in London. I decided to bring a musician, Mark, whom I had recently met, along with me. Mark hadn’t traveled much and had never been to Europe, so I was enthusiastic about showing him a new part of the world. He arrived at the airport nervous, carting a suitcase the size of a large steamer trunk. A seasoned traveler myself, I couldn’t help but raise an eyebrow at the size of his baggage, and wondered what on earth he could possibly have brought along, and why. But I kept my mouth shut.

We were directed to take a tram from the domestic terminal to the international terminal, which is where our troubles began. As he was dragging the equivalent of this wounded cow of a suitcase onboard the tram, one of the wheels broke, and suddenly the 85-pound bag fell like a dead weight to the ground. With the tram doors closing, I lurched over and helped him shove the mammoth thing onto the tram and breathed a sigh of relief as Mark (barely) escaped getting smashed.

None too happy about having to lift such an overfilled bag, I voiced an annoyed “Good grief, what on earth have you packed in there? After all, we’re only going for a few days.” Mark didn’t answer. In fact, he was completely unaware of the excess nature of his baggage. Instead, he was tremendously distraught over the broken wheel and utterly disbelieving that his brand new Costco suitcase could be defective.

As we drove into London on what was a rare sunny morning, I played tour guide and pointed out various curiosities and landmarks to Mark’s only half-listening ears. Believing his lukewarm interest was due to jet lag, I took the high road and decided not to be disturbed by what I felt was a significant lack of enthusiasm for the fantastic opportunity I had afforded him. That is, until he asked, “Do you think I can find a repair shop to get my wheel fixed on my suitcase today?”

Stunned that Mark was still obsessing over his stupid bag rather than engaging in the adventure at hand, I drew a breath in. Exercising, in my opinion, a great deal of self-control, I answered evenly, “Probably. But we only have one day to see London before we have to work and then return home. Are you sure it can’t wait until you get back?”

We checked in and then set off to bring the suitcase to the repair shop. Even emptied, the unwieldy cow was a pain in the neck for both of us. The repairman took one look at the suitcase, quoted an outrageous amount to fix the thing, and announced that it would take a week before it would be ready.

“Cripes,” Mark replied, both shocked and insulted. “What a rip-off! That’s more than I paid for this thing.”

Nonplussed, looking at the bag and then Mark, the repairman replied in his most restrained British accent, “Why then, my good sir, you might ask yourself why indeed you have such a large yet inferior bag in the first place? Might you be better off casting this defective bag aside, and investing in something more well made?”

“Crap, now what do I do?” Mark wondered. He was so attached to his bag that he couldn’t see beyond it.

“Throw the damn beast of a bag away and throw all your unnecessary stuff away as well!” I screamed, finally losing it. “Or don’t. Just stop dragging this ridiculous problem around with us everywhere while we’re here. We’re in London, for God’s sake, and all you care about is your useless baggage! Let it go.”

Shocked by my outburst, he seemed to snap out of his obsession. “You’re right. I’ll let it go.” And he did, albeit very reluctantly.

Now, ten years later and really good friends, we both laugh at that situation. Never having traveled such a distance before, Mark had felt an overbearing need to pack nearly everything he could find to take along on the trip, just to ensure his comfort and security. He took his own pillow, blanket, song books, reading material, extra shoes, way too many clothes, and enough distractions and diversions to keep a person occupied in a deprivation tank for a year.

Anytime we carry too much psychic baggage, we risk not being present to the moment. Our insistence on dragging all of our stuff with us everywhere we go causes us to miss the magnificent life right in front of us.

Psychic baggage comes in all shapes and sizes and demands as much, if not more, energy and work from us as any “mammoth” suitcase ever could. It comes in the form of our ego’s beliefs and sensitivities, past dramas, secret agendas, subtle manipulations, petty demands, perceived injuries, “special” needs, comparisons, competitions, and other controlling negative patterns. It comprises all the filters that keep the light of our Spirit buried and our ego behind the controls.

It’s easy to figure out if you’re packing too much on your life’s travels. When we journey through life weighed down by unnecessary psychic baggage, our minds feel heavy, burdened, agitated, and irritable, while our hearts feel empty and closed off. The lighter we travel, freed of our own psychic encumbrances, attachments, expectations, and ego control, the more magical life becomes.

Sonia Choquette is a world-renowned author, storyteller, vibrational healer, and six-sensory spiritual teacher in international demand for her guidance, wisdom, and capacity to heal the soul. She’s the author of several best-selling books, includi Continue reading