Nearly 35 million Americans suffer from migraines, which are recurring headaches that cause intense pulsing or throbbing, typically focused on one side. Anyone can be struck with migraines, at any age, but they’re most common among women. In the U.S., nearly 35 percent of women experience migraines at some point in their lives.

Below Are Common Migraine Symptoms:

There are certain conditions that are well-known for creating migraine symptoms. A trustworthy doctor will first go through a checklist to see if you have any of these issues.

These three are the most common triggers for migraines:

•    Concussion: a traumatic brain injury, usually caused by a blow to the head.
•    Meningitis: severe inflammation and swelling of the protective membranes surrounding the brain and spinal cord.
•    Stroke: a brain injury in which the blood supply to part of the brain is interrupted or greatly reduced.

There are several other less common known triggers which I include in my book, Medical Medium. 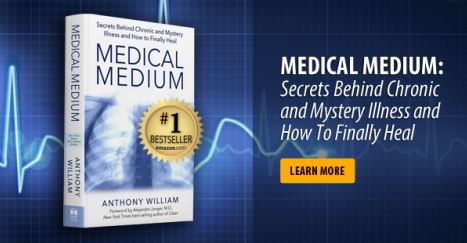 If you can rule out all of the known triggers, then you’re in the mystery realm. What follows are explanations of migraine triggers that medical communities don’t yet fully understand . . . along with triggers that I’m disclosing here for the first time.

These are the top three unknown migraine triggers:

Doctors don’t know that millions of people suffer from migraines as a result of the Epstein-Barr virus (EBV). EBV continually inflames your central nervous system—which includes your brain. If EBV gets into your vagus nerve, the inflamed nerve can be a migraine trigger. You can read more about the EPV here.

Many female migraine sufferers complain that their migraines come on right before, during, or after their menstrual cycle. This is because when a woman is menstruating, her reproductive system requires 80 percent of her body’s energy reserves and immune system functionality. If your body is fending off other triggers such as stress, food allergies, heavy metal toxicity, or dehydration, then when menstruation happens, boom, you can end up with a migraine, because those reserves and immune system power switch over to helping the reproductive system. This is why such a large proportion of migraine sufferers are women.

If this is the case for you, turn your attention to minimizing other possible triggers so that your monthly cycle will have less chance of overwhelming your system.

Some migraines stem from chronic streptococcal infections that sit in the linings of the sinus cavity. In these cases, ear, nose, and throat specialists often recommend sinus surgery to remove scar tissue. A better way to address sinus-related migraines is to strengthen the immune system so that the body can naturally fight infection. 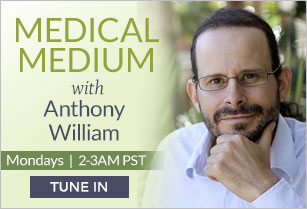 There are also several other less common triggers which are explained in detail in my book.

When any of these triggers are in play, migraines can also be triggered by certain foods. It is unlikely they would be enough to cause a migraine on their own but elimination diets can be interesting.  Try taking these foods out of your diet one at a time to see if they are having an adverse reaction.

Migraines often result from a cluster of causes—two, three, four, or more issues that collectively act as a trigger. For example, if you’re not getting enough sleep, and you’re under chronic stress, but otherwise you’re healthy, you probably won’t get migraines. But if you also have heavy metal exposure (such as to mercury or aluminum) and on top of that you’re eating dairy and eggs (foods that can be mucus-forming, acidic, and allergenic), then the lack of sleep, stress, heavy metals, and food sensitivities could combine to push your system over the edge and trigger a migraine.

Migraines are debilitating, making it difficult to maintain a job or enjoy a social life. This is a complex mystery illness as the combination of issues that trigger it is different for each person.

Doctors try to treat migraines with drug “cocktails” on a trial-and-error basis. If you try the drug-free approach to conquering your migraines suggested in this article and my book and you have success, please share in the comments below. Hopefully your information will be helpful to other sufferers. 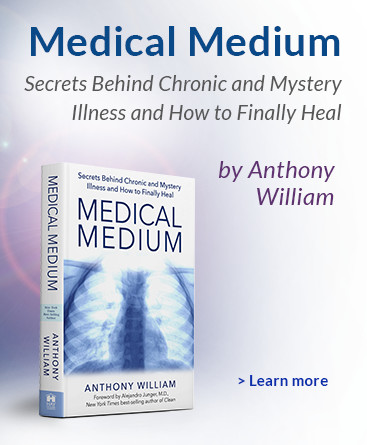