Always be true to your word. 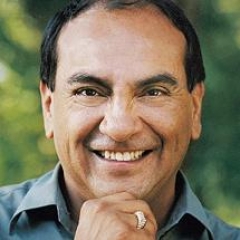 For centuries, even millennia, humans have believed that a conflict exists in the human mind — a conflict between good and evil. But this isn’t true. Good and evil are just the result of the conflict, because the real conflict is between the truth and lies. Perhaps we should say that all conflict is the result of lies, because the truth has no conflict at all. The truth existed long before humans; it exists whether we believe in it or not. Lies only exist if we create them, and they only survive if we believe in them. Lies are just a distortion of the word, a distortion of the meaning of a message, and that distortion is in the human mind.

Humans are always distorting the truth with words, but that’s not the problem. The problem is when we believe that distortion, because some lies are innocent, and others are deadly. Let’s consider how we can use the word to create a story, a superstition, about a chair. What do we know about a chair? We can say that a chair is made of wood, or metal, or cloth, but we’re just using words or symbols to express a point of view. The truth is that we don’t really know what the object is. But we can use the word with all of our authority to deliver a message to ourselves and to everyone around us: “This chair is ugly. I hate this chair.”

The message is already distorted, but this is just the beginning. We can say, “It’s a stupid chair, and I think that whoever sits in the chair might become stupid also. I think we have to destroy the chair because if someone sits in the chair and it falls apart, that person will fall and break a hip. Oh yes, the chair is evil! Let’s create a law against the chair so that everybody knows that it’s a danger to society. From now on, it’s prohibited to get near the evil chair!”

Do you see what we can do with the word? The chair is just an object. It exists, and that’s the truth. But the story we create about the chair is not the truth; it’s a superstition. It’s a distorted message, and that message is the lie. If we don’t believe the lie, no problem. If we believe the lie and try to impose that lie on other people, it can lead to what we call evil.

Now we can easily understand why there is a conflict in the human mind, and only in the human mind, because it doesn’t exist in the rest of nature. There are billions of humans who distort all those words in their heads and deliver distorted messages. That’s what really happened to humanity. I think that answers why all the wars exist, why all the conflict, injustice, and abuse exist in the world of humans. Humans create the lies, and then the lies control the humans. But sooner or later the truth arrives, and the lies cannot survive the presence of the truth.

There are so many things that the mind cannot explain; we have all these questions that need answers. But instead of asking questions when we don’t know something, we make all sorts of assumptions. If we just ask questions, then we don’t make assumptions. If we just stop thinking, we no longer try to explain anything to ourselves, and this keeps us from making assumptions. Then we can focus our attention on the truth, not on what we think is the truth, and we see life the way it is, not the way we want to see it.

Don Miguel Ruiz was born into a family of healers, but chose to attend medical school and become a surgeon. A near-death experience changed his life. Stunned by this experience, he began an intensive practice of self-inquiry. He is the author of The Continue reading