Wake Up to the Love

Wake Up to the Love

A better world begins with us. 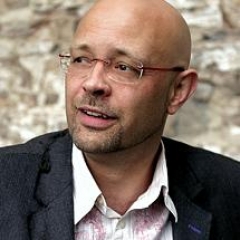 Like most people, I want the world to be a better place. I was a child in the 1960s and picked up on the sudden expansion of consciousness that happened then, along with the euphoric optimism that accompanied it. Since then, as I’ve woken up to oneness and big love, my empathy with the suffering of others has grown, and my longing for a deep awake world has become more acute.

I don’t see a “deep awake world” as some utopian state of heaven on earth. The life-dream is predicated on polarity, so there will always be joy and suffering. There will always be problems that need to be solved. But I can easily envision a world in which the majority of humanity are familiar with the deep awake state, so we live together in communion and with compassion.

In my teens, I expected that by the time I was in my 40s I would have seen the world profoundly transformed. But this hasn’t happened. Yet what has happened is that more and more people have been quietly waking up. And for me, this is cause for genuine hope. Because I can see that the only way we will really deal with the endless problems that seem to afflict us is to evolve into a new collective consciousness.

Einstein put things succinctly when he said, “We cannot solve our problems with the mind that created them.” To change the world, we need to see more deeply into the nature of reality. We need to think in new ways. We need to develop a new story to live by, which is grounded in the realization that we are all one. We need to understand that the quality of our lives is governed primarily by how conscious we are, not by how much we possess or how important we become. We need to transform our collective state of consciousness.

Like Einstein and so many other pioneers of the new edge, Gandhi also believed that ultimately, only a change of consciousness would create a better world. He urged us to “be the change” we want to see in the world. Consciousness can only be transformed person by person. And our greatest contribution is to wake ourselves up and live in a new way. To become what I call “ambassadors for oneness,” who bring the new world of big love into being by living there now and sharing it with others. And if being an “ambassador” sounds too extroverted, we can become “secret agents for love”; that is, we can do the same work, but anonymously undercover.

States of consciousness are catching, so the more of us who wake up to oneness, the easier it becomes for others to wake up. And this can happen to anyone at any time. If enough of us come to understand that we are one, the oppressive status quo of institutionalized self-interest will overthrow itself, for it’s only a symptom of the sickness of separateness. And this is healed the moment we become deep awake.

What would happen if every day we could see through what seemingly divides us and recognize that we are essentially one? What would happen if we were no longer attached to the labels that define our differences and instead allowed the divisions between us to evaporate?

The solution to our problem is love. This idea is nothing new, of course. Wise men and women have been telling us that love is the answer for millennia, and deep down most of us know this to be true. It is preached from the pulpit in churches, mosques, and temples. We hear it every day on the radio in countless uplifting songs. Yet still our culture treats this perennial wisdom as naïve sentimentality for people who don’t live in the “real world.” But the opposite is true. It is those who dismiss the transformative power of love who aren’t living in the real world.

Separateness is predicated on nothing more substantial than a concept. We believe that we are separate, and all of our misguided actions arise from this one error. If we could replace this mistake with an understanding of our essential oneness, we could create a deep awake world full of lucid individuals. A world of communion and compassion, love and liberty, self-expression and service, me and we. And that is the world I would like to call home.

Timothy Freke has an honours degree in philosophy and is an internationally respected authority on world mysticism. His previous books include The Jesus Mysteries, which was a top 10 best-seller in the UK and USA, an Amazon.com 'surprise bestseller', Continue reading