Walk a Mile in My Shoes?

Walk a Mile in My Shoes?

Emotional eating is just the beginning. 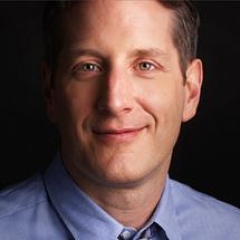 I grew up in a family where there was pressure to diet. Everyone gained weight and everyone dieted. Every meal in our family was a binge, with portions that were three times the norm. My mom led our diet craziness.

Looking back, I mimicked my mom’s eating and yo-yo dieting habits while growing up. As a kid, I started eating in secret, hiding frozen spritz cookies and other goodies in my sweatshirt for the walk to my bedroom, where I would console myself or celebrate a triumph. Food! Diets. Weight loss. Celebration. Pain. Hunger. I ate for all those reasons, and more.

At college, my food intake went up and down by turns. I felt fat, pathetic, and self-conscious. I would gain and lose the same 20 pounds I’d been struggling to keep it off since a teen. Dorm food zipped it right back on. It seemed like I was heavier than everyone I hung out with, and I started to hate myself for being unable to lose weight again.

Then my thin-as-a-rail friend Valerie showed me how to “get rid of it” by purging. Throw it up. Gross, right? But that was my remedy—don’t keep the enemy down. Unhealthy and self-destructive as it was, that was what my best thinking got me. Soon, I was preoccupied with bingeing and purging—and was anything but in control. I was in the grips of an upside-down relationship with food, and it was called bulimia.

I struggled with bulimia and compulsive binge eating for many years, but I didn’t look thin enough or sick enough for anyone (including me) to think I needed help. I just kept my food fight to myself, year after year, and tragedy after triumph.

But that’s not all. I started drinking alcohol as kid; I liked the way it made me feel. Alcohol led to recreational drugs, lots of them. Food was a balm, too; I ate to soothe myself.

In 2001, I was pushing 197 at around 5 foot 9. I’d start my day with a 32-ounce Dr. Pepper from 7-Eleven. That’s approximately 28 ounces of soda and 4 ounces of ice, clocking in at a brain-changing jolt of 128 grams of sugar and 512 calories in one shot. By summer 2002 rolled around, I had added a six-pack of Red Bull per day, boosting my sugar intake by an additional 132 grams per day. I was wired and on fire from my food and drink choices.

The sugar, the food, the alcohol—it all made me fat. I was desperate to stay trim and avoid those “10 pounds” they say being on television adds on you (I worked in television for many years). I smoked to control my appetite and keep the weight off. I binged and purged when I had eaten too much.

I hated myself and my lack of self-control. No matter how hard I tried, I always ended up right back where I started: in the drugs, the alcohol, the nicotine, the sugar, and the food. I was self-medicating with everything I could get my hands on.

I’d look in the mirror and think, What happened? I had the resume of a model citizen, not a common drunk or addict. Hometown: Eugene, Oregon. Occupation: weather anchor. Parents: beloved minister and devoted mother, both of whom raised me in an alcohol-free home with lots of love.

Why couldn’t I beat my addictions? Of course, there is no simple answer. Trying to describe the process of becoming an addict is like trying to describe space. It’s too big and mysterious and pervasive to be defined. All you know is that you can’t live without your vice(s).

I went through countless detoxes and even more diets to get cleaned up. But I didn’t keep the post-detox or post-diet promises. Active addicts try, and active addicts fail. That’s how it works. I made the promises, and I really did try to keep them. But I kept rationalizing the third drink or the fourth or fifth, or the box of doughnuts or package of chocolate chip cookies with lots of excuses. Just today. Bad day. “I deserve a reward,” I told myself. “I’ll stop tomorrow.”

I hated myself into multiple, life-threatening addictions that could have robbed me of the chance to share my story with you. Sickened, drained, unable to feel—it was perpetual numbness. No sadness, no happiness, no highs, no lows. Nothing. This is why addictions are so difficult to kick. My pleasure receptors were so fried that my brain no longer had the ability to feel any pleasure on its own. When you’re that addicted, you’re so depressed that you just want to get high, again and again.

All told, I spent 20 years living in addiction. But through the help of friends and therapists, I got into rehab for one last time. Recovery was rough, tough going. I spent hours tracing my relapse history and building a timeline of progression, identifying many of the feelings and thoughts that led to each setback. One therapist told me, “Brad, you have a choice. You can begin to love yourself today or you can die from all this.”

Whoa. My struggles were causing me emotional pain, but I didn’t think they could kill me. I didn’t want to die. Heck, I didn’t even like myself anymore. How was I going to achieve self-love? There weren’t any infomercials selling me a quick, easy way to do that. But when I was 34 years old, I finally broke free from my self-defeating, life-robbing behavior.

Brad Lamm is the Founder and President of Intervention Specialists, a family education and crisis intervention group that helps family and friends get loved ones to accept help and begin lasting change. From the foundation of his work with va Continue reading