What Happens When You Die?

What Happens When You Die?

The Scoop About What's Past The Pearly Gates 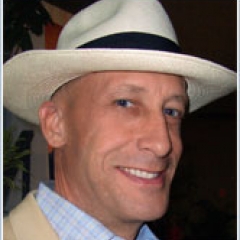 Editor's Note: Mike Dooley, the author of this artcle, will be speaking about The Top Ten Things Dead People Want to Tell You at I Can Do It! London 2015 this September in the UK. Click here to learn all about his talk and to book your ticket to the event.

What happens when you die? Well, first of all, you won’t. Which is all you really have to know about death and why it’s the first thing “dead” people want to tell you. Many of them found this hard to believe themselves at first, gazing upon their own funerals, lingering around their old stomping grounds, stunned and amazed as they gestured and shouted to the friends left behind.

A Transition Based on Your Beliefs

There’s an abrupt disconnect, of course, that comes from leaving behind all things time and space and learning to maneuver in the unseen. The nature of this transition depends entirely on the beliefs of the dearly departed at the time of transition, because their beliefs and thoughts carry over to their new environs. Even there, thoughts become things, only they become things bigger and faster, arranged to match the expectations of new arrivals, often in the twinkling of an eye.

Harps, angels, Jesus, Muhammad, Buddha, Krishna, and lots more deities, saints, and whatnot all have energy fragments (not as crude as it sounds) on standby for the constant flow of new arrivals who will be welcomed, scolded, praised, or celebrated in any number of ways based upon the deceased’s anticipated and believed-in scenarios. Elaborate “sets” can be seen floating in cloud settings, golden gates are “assembled,” gardens of Eden are manifested, fiery dens are ignited—whatever. Remember: in illusionary dimensions such as time and space and the afterlife, these “saviors” can be in an unlimited number of “places” at the same “time.” Welcoming committees also include, when appropriate, a cadre of deceased loved ones and those whose lives were affected by the deceased’s life and choices. They all take on the physical form and age that pleased them the most as they gather to welcome and assure newcomers that they have indeed survived and arrived somewhere wonderful.

Time is not an issue; the party can last “weeks.” Space is not an issue; everything seems to exist just for you. Kind of like on earth, if you’ve noticed. Communication is done mostly through a suddenly remembered form of telepathy, which will feel as natural to you as shaking hands once did. Travel is accomplished by willing yourself to wherever you want to go. Friends are found the same way. Thought connects all, is all. You’ll also be thrilled to see that you, too, have taken on the physical form from your life that pleased you the most and that all aches and pains have vanished—and you’ll quickly learn how to change even further. “Limitless” has a new meaning for the deceased.

Loving guides soon appear, glowing, radiant, and joyful. They orient you and answer your questions. They teach you. Remind you. Love you. Show you. Everything becomes clearer. You remember the hopes and intentions of your recent life and why you chose it. You re-view play by play all that happened. You see how things lined up or didn’t, and why. You’re awed by your power.

There may be a personage representing “God,” if you manifested such upon your arrival, given your beliefs and expectations. However, as things become clearer, your need for this disappears, and you are left to contemplate the wonder of existence and the miracle of your mere presence, eventually grasping that God is All, always, everywhere at once, not human but “alive” within you, and that no symbol, shape, or figure could ever come close. As your sense of acceptance and awe grows, so do your confidence and joy, and the more anxious you become to move into new adventures with those you love and who love you. Options are shown to you and weighed. You can choose to stay as long as you like in this new, more pliable world of illusions, but you can see that you are there only because of your earlier presence in the denser time-and-space jungles and that you have much more to learn. This lighter, more ethereal version of the jungles exists solely as a place to refresh, cleanse, and regroup. Ultimately, all of your experiences within these illusions meld into all that you ever hoped to attain: all that God ever hoped to attain by being you, at which point pathways for moving beyond the illusions appear.

But best of all, perhaps, at least for now, all of this means that your dearly beloveds who’ve already transitioned did not die. Rather, they’re resting, rehabilitating, and “dreaming” in a rather spectacular “place.” They’re now among friends and guides, and should you permit them, they’ll be at your big homecoming celebration, laughing, crying joyfully, teasing you, even as they sometimes do right now, in the unseen and just over your shoulder . . . .

For more about what happens when we die, check out my new book, The Top 10 Things Dead People Want to Tell YOU, which releases October 21, 2014 and is now available for pre-order. Below, you can watch a video about what Dead People want to tell us and how this book came about. You can also visit my website as well, www.tut.com, to sign up for free daily emails about life’s magic and your power! 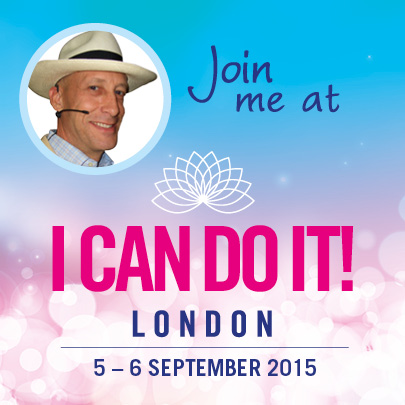