What I Learned from My Psychic Grandma

What I Learned from My Psychic Grandma

12 powerful lessons that changed my life. 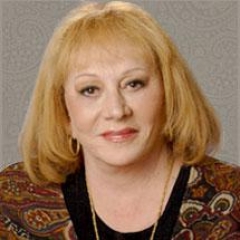 Once in a while Grandma Ada used to say that if something hit you squarely in the solar plexus, that was a psychic hit, so you had to make a fast decision. By the same token, when you meet someone, your first impression is usually right because your intellect hasn’t gotten in there to mess it up yet. But if you do something blindly for all the wrong reasons, then your haste will make waste.

My grandmother was so ahead of her time. She ingrained in my soul that this world was just a temporary place to learn and do good. She also used to say that being psychic is only part of a bigger picture, which was to show people that God’s consciousness is all around us, and that His and Her helpers are always there for us, as long as we don’t get caught up in our own “stuff” and ego. I’ve personally been defamed, gone broke, been divorced, and lost loved ones; yet I keep getting up and trying again, knowing that those who love me always will, and those who don’t love me aren’t going to, and that’s all right, too.

Even now when I’m in the throes of helping someone and it gets to be too hard, I hear Grandma’s words: “If you keep carrying someone, his legs won’t work anymore.” I think it’s amazing that so many decades after she went Home, her words are still influencing my life, but that’s bound to happen with someone as full of insight, wisdom, and greatness as she was.

Grandma used to say that there was a time for everything, and if you just stayed on a good course, God would present your opportunities. She told me to expect nothing, accept everything that was good on my path, and negate the bad. I wish I’d listened to that more, but then again I wouldn’t have learned some of my life’s most important lessons.

I treasure Grandma Ada’s words—I have dozens of her letters, which are crumbling and yellowed with age, but they’re absolutely priceless to me. She was a German woman who settled in the Midwest to raise her family—she was never on the radio or television, but she gave help to thousands of people. I’m sure that all the souls who watched her from the Other Side learned from her and cheered.

She was my guiding light, my mother, my friend, and the love of my life. I learned more from her in close to 18 years than I have in the remaining decades of my life. Do I miss her? Yes, of course I do, but every time I see Angelia, I see Grandma: the blue eyes; the toss of the head; the love of babies, animals, and people; the caring and the love. When I first held that precious baby girl in my arms, I said, “Well, now we’ve come full circle.” Today I find myself giving Angelia the same encouraging words my grandmother gave me, such as: “Know that you are good, beautiful, and smart; love others, but don’t let anything keep you from your goal.”

Here are 12 of Grandma Ada’s favorite sayings, which over the years have become life lessons for me. I know that several of these come from literature or the Bible and have been around for a long time, but it takes a good mind to know when to apply them so that they pack the greatest punch.

Sylvia began her professional career as a psychic on May 8, 1973 with a small meeting in her home. Within one year her practice had grown very large and she decided to incorporate her business as the Nirvana Foundation for Psychic Research. Wanting t Continue reading