What If Heaven Is Here And Now?

What If Heaven Is Here And Now?

Which Of Our Cultural Myths Are Holding Us Back

Having already faced death, I now know that spending a lifetime of always playing it safe —for example, by choosing the safest career, by pleasing people, worrying about what everyone else thinks of me, meeting everyone else’s expectations except my own, being what everyone else wanted me to be, etc.— is a totally wasted life.

If life is about the journey and not the destination, could it be that this is heaven - this physical life we are living here on earth? What we experience in our daily lives often feels like anything but heaven. But what if we understood how powerful we are - that we are powerful enough to mold both our internal and our external reality.

During my near-death experience (NDE), it felt as if I were connected to the entire universe and everything contained within it; and it seemed that the cosmos was alive, dynamic, and conscious. I found that every thought, emotion, or action I made while expressing through the physical body had an effect on the Whole. In fact, in that realm of Oneness, it felt as though the whole universe were an extension of me. This realization has, of course, dramatically changed the way I view things. We’re all co-creating this world and our lives within it through our emotions, thoughts, and actions.

Language isn’t an adequate tool for expressing something that can’t be perceived with our five physical senses, so it’s challenging to find the right words to express my understanding of what took place during the experience. However, I’ll do my best to share as clearly as possible what I sense about this world, how we move through it, and how it’s changing for the better. 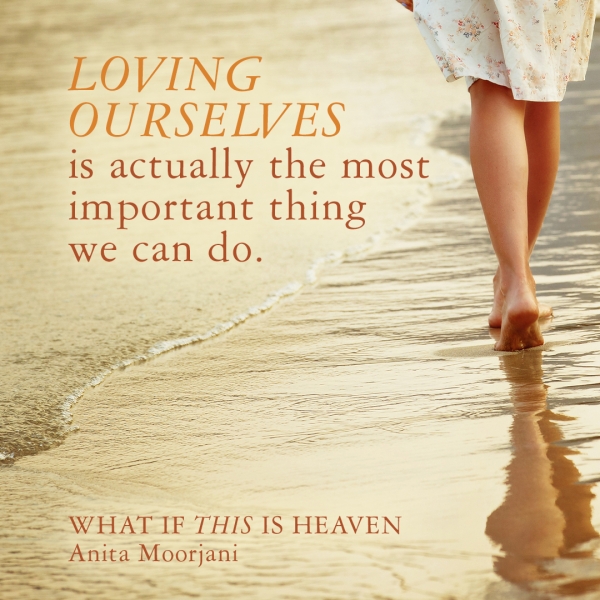 First, it’s important to understand that my near-death experience wasn’t like any other event I’ve experienced. It didn’t have a clear beginning and end. It was more like a door that once opened, never closes. It initiated ongoing, progressive, deeper understanding and new possibilities that never end.

Because words are a poor tool to express this kind of phenomena, what I write here is only meant to stir the appropriate emotions within you. Even after I share this, my own understanding will continue to grow and expand. Words taken literally or held as ultimate truth can keep us stagnant and stuck, holding on to old ideologies. I now know that everything I need is already contained within me and is completely accessible if I allow myself to open up to what I sense is true for me . . . and the same is true for you.

Before my near-death experience, probably because of my culture, I used to think that the purpose of life was to attain nirvana—that is, to evolve beyond the reincarnation cycle of birth and death, striving never to come back into the physical. If I’d grown up completely immersed in Western culture, maybe I would have been trying to get to heaven. This is actually a fairly common goal, regardless of culture—to live in such a way as to secure a perfect afterlife.

But after my NDE, I feel differently. Even though I know I’ll go on living beyond this plane, and I don’t fear physical death anymore, I’ve lost my desire to be anywhere but the place I am now. Interestingly, I’ve become more grounded and focused on seeing the perfection of life in this moment, rather than focusing on the other realm.

This is primarily because the concept of reincarnation in its conventional form of a progression of lifetimes, running sequentially one after the other, wasn’t supported by my NDE. I realized that time doesn’t move in a linear fashion unless we’re using the filter of our physical bodies and minds. Once we’re no longer limited by our earthly senses, every moment exists simultaneously. I’ve come to think that the concept of reincarnation is really just an interpretation, a way for our intellect to make sense of all existence happening at once.

We think in terms of “time passing,” but in my NDE, it felt as though time just is, and we’re moving through it. This means that not only do all points of time exist simultaneously, but also that in the other realm, we can go faster, slower, or even backward and sideways. In the physical plane, however, our sensory organs limit us. Our eyes take in what they see in this instant; our ears hear in the same way. The mind can only exist in one moment, and then it strings those moments together to form a linear progression. But when we spill out of our bodies, we cross all time and space with awareness—not sight, hearing, touch, taste, or smell. We’re pure consciousness.

I experienced this while in the NDE state. I was aware of my brother on a plane coming to see me and of conversations the doctors were having outside my room and down the hall. I understood many aspects of my future life, as they would be panning out, as well as what would happen if I didn’t come back and live. This showed me that time, space, and solid matter don’t always exist as we normally think of them. During my NDE, I felt that I could focus on any point in time that I needed to access.

Because of this, I believe that when someone has a glimpse of what have previously been interpreted as “past lives,” they’re actually accessing parallel or simultaneous existences, because all time exists at once. And because we’re all connected, it’s possible to achieve states of consciousness where glimpses of others’ reality seep through into our present moment, entering our consciousness as though they were memories.

My new perspective has made me wonder about our focus and purpose, if reincarnation and time itself don’t exist the way that so many of us were raised to believe. What if all our goals are the wrong way around? What if heaven or nirvana is actually here in physical expression, and not there in the afterlife?

In my new book, What If This Is Heaven, I specifically address the question of whether our cultural myths prevent us from experiencing heaven on Earth.

Anita Moorjani Anita Moorjani was born in Singapore of Indian parents, moved to Hong Kong at the age of two, and has lived in Hong Kong most of her life. Because of her background and B Continue reading