What in the World Is WishCraft?

What in the World Is WishCraft?

Magickal Manifesting for the Modern Witch 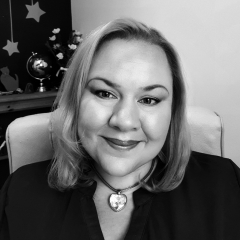 Making wishes is very familiar to us – and something we all do all the time. Have you ever counted how many times you say ‘I wish...’ in a day?

I wish my hair was longer. I wish the kids would sit down and behave. I wish the Sun would come out. I wish I could afford those gorgeous designer shoes...

If you started to count, you’d be surprised by how many wishes you make. Making a wish is simply an expression of a desire – and one which we often make without even stopping to think about, let alone to do anything about. It’s for this reason that the expression of a wish alone rarely manifests anything.

But when you express this desire in the form of a simple spell or ritual, the clarity and focus with which you communicate your intention and purpose to the Universe is distilled, and it becomes powerful enough to initiate subtle shifts in the Universal energy vibrations – resulting in your dreams becoming realized.

WishCraft is a very simple, pared‐down form of spell‐work which requires only a basic knowledge and understanding of how magick works, a few common objects you can mostly find at home, good intentions, and some positive actions on the part of the person making the wish. 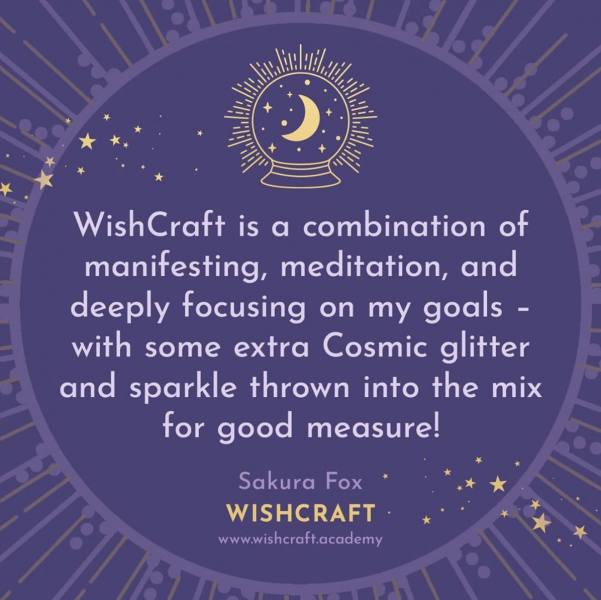 For the most part, WishCraft is based upon a very ancient and simple witchy art form, with a little bit of modern magickal practice thrown in for good measure. Combined together, they create a totally contemporary way of manifesting for those of us who don’t have the time or resources to spend hours performing the complex rites and ceremonies that are often required of more modern witchcraft disciplines.

I first began experimenting with WishCraft in my early 20s, after finding that the books I was reading about witchcraft and what you needed to do to become a ‘real’ witch were complicated and often confusing – and very time‐consuming! Those witches’ spells and rituals all seemed to require lots of odd and obscure articles; apparently to cast real spells (that were actually gonna work) you needed all the bells and whistles – literally! But rest assured, you don’t need to stress about cardinal points, ceremonial daggers, and broomsticks to cast successful spells.

Books about witchcraft talked about joining covens, calling in the corners, and performing complex and intricate self‐dedication ceremonies – and to be perfectly honest, I just didn’t have the time (nor the inclination!) to wander around the woods at midnight wearing nothing but a cotton robe, wielding an elder twig or a chalice of red wine.

I couldn’t get to Stonehenge to celebrate the Solstices, and I didn’t have the cash to splash on expensive lotions and potions. Some of the stuff I came across was super weird – weird even by witchy standards! I mean, as for where I was going to get a rusty coffin nail to insert into a pickle in order to exact revenge on a cheating boyfriend, I wasn’t particularly sure I even wanted to know.

Nope. All that ceremony wasn’t for me. But the books I was reading at the time made it seem that without doing this stuff, I wasn’t a ‘proper’ witch. Pfft. I decided I liked my magick a little more chillaxed.

So I took what I’d learned and instead I started to use very basic ingredients and simple wishing rituals to focus on specific things that I wanted: a house, a new partner, a financial windfall, a new job – and it worked!

It was only much later, when I discovered a book called Wishing Well: Empowering Your Hopes and Dreams by Patricia Telesco, that I realized what I was doing had a name. 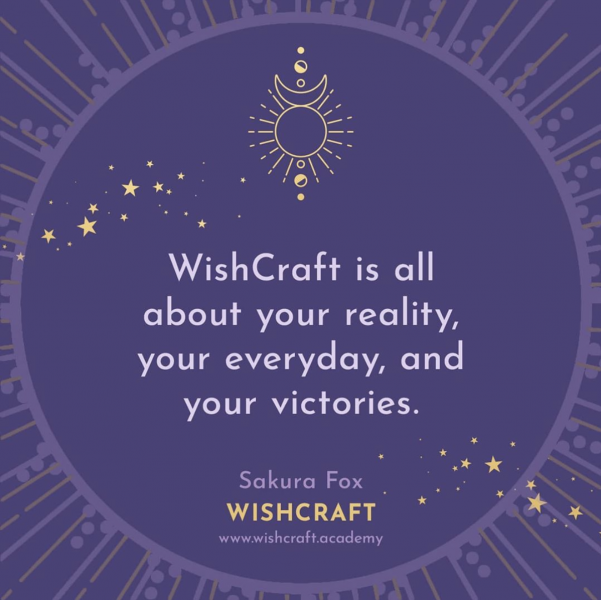 A Bit of Cosmic Glitter and Sparkle

WishCraft has its roots firmly planted in ancient Celtic and European Pagan traditions, and over hundreds of years this simple magickal application has evolved.

With the ever‐increasing ease of global travel and communication, this practice has come to incorporate all the vibrancy, colors, and flavors of cross‐cultural spirituality. For me, WishCraft is a combination of manifesting, meditation, and deeply focusing on my goals – with some extra Cosmic glitter and sparkle thrown into the mix for good measure!

If you were to take a metaphorical cauldron and add a dash of Celtic tradition, a pinch of Western esotericism, and sprinkle a dusting of Eastern mysticism across the top, you’d be brewing a very powerful modern‐day WishCraft potion!

WishCraft is an holistic, positive, and extremely effective way of realigning yourself physically and spiritually with the natural order of the Universe by working in harmony with nature and the elements and, through establishing these sacred connections, discovering and igniting the power of your personal inner goddess! 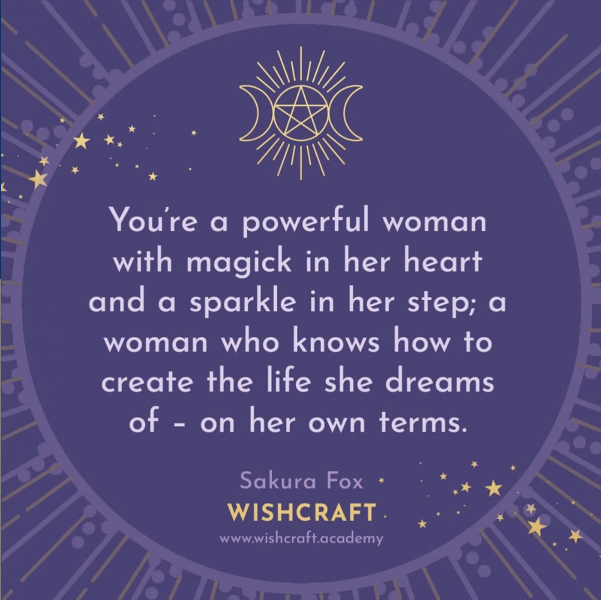 Through clear insight and clarified communication with the Cosmos, followed up by conscious and positive action, WishCraft allows you to fully harness the power of the Laws of Attraction and work with the ever‐changing tides of life, rather than against them. This deeply personal spiritual practice will allow you to ride the waves of endless abundance and opportunity, and weather the inevitable storms we all face with increased comfort and confidence.

And if this sounds in any way complicated, I promise you it’s not. All you need to get started are a few beautiful candles and crystals, 15 minutes of ‘me time,’ and an open mind. 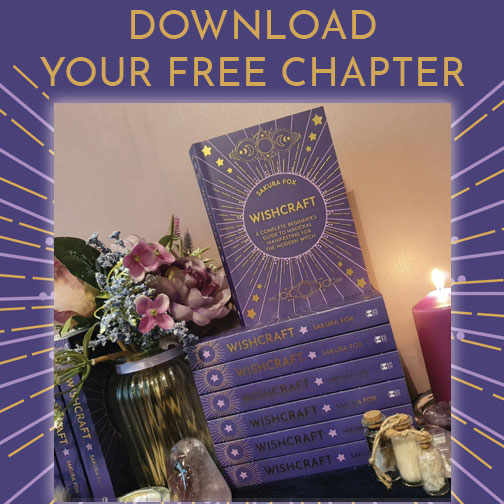 Sakura Fox is an author, entrepreneur and a witch. Her approach to WishCraft and witchcraft is accessible, modern, and fun. She is the founder of the WishCraft Academy, an online resource for women who want to explore the world of magickal manifes Continue reading