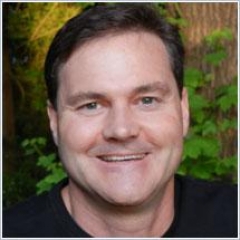 What is Chotchky? In an effort to get a true definition, Harold suggested I call one of his good Jewish friends, Rev. Dr. Jeanine Behrens in New York City.

“Hello, Jeanine. It’s Barry, from Oregon. I have a question for you and, given your Jewish heritage, I thought you might have an answer. What is Chotchky?”

She hesitated for quite some time on the phone. Then she responded, “Oh, well, you know . . . it’s just stuff . . . stuff that gets out of control. I don’t know. Let me call my mother and father.”

So while I was on the line, she called her parents on her cell phone. “I’ve got this guy on the line from Oregon who wants to know what Chotchky is.” Her father paused and then replied, “Oh, well, you know . . . it’s just stuff. Trinkets. It’s odds and ends—collectibles with no real value. Other stuff, too. It’s hard to say. It goes on and on.”

You see, no one could fully put a finger on it, which is why we must get a grip on it!

After our phone conversation, Harold seemed to be having fun with the sheltered Irish boy (that would be me) who stood baffled before him. We stood there speechless.

After a mutually acceptable length of silence, his Birkenstocks began walking as he nearly sang, “Let’s go find some Chotchky!”

I was excited and yet filled with trepidation as we hopped in the car on this mystifying mission. No sooner than Dorothy could have clicked her ruby red slippers, we stood before the mother lode: “Junk Bros. Antique Mall.” There was only one other person walking the cluttered aisles. She had on a Big, Floppy, Flowered Sun Hat, the kind ladies wear at the Kentucky Derby. The floppiness of the hat covered just below her eyes and cast a formidable shadow over her nose, mouth, and chin, leaving her mysteriously faceless. The three of us moved through the aisles in a way that, from Google Earth, would have looked like a giant game of Ms. Pac-Man.

Suddenly Harold stopped. His eyes lit up as he pointed in a northeasterly direction and said, “Now, that is Chotchky.” And there it sat: a Small Plastic Gopher on a dusty glass shelf.

I, in no way, wish to offend any Small Plastic Gopher collectors . . . but really. Why? Who in their right mind . . . ? We picked it up and looked at it. Who would ever manufacture such a thing? Who would spend money on it? Who would put this in their house? Who would buy it as a gift? If it were a gift, how would you present it to someone?

Husband: “What do you mean, ‘What is it’? It’s a Small Plastic Gopher. Come on.”

Wife (long pause, followed by a confused and fed-up look): “That’s it. I want a divorce!”

Harold and I laughed our heads off. It can’t be! Then, for a moment, we became Small Plastic Gopher collectors.

As we placed it back on the shelf and began walking away, we felt a great sense of satisfaction, knowing we had found possibly the most useless, worthless thing ever made. And for me, it was an epiphany. I finally understood. The only word that could describe it was . . . Chotchky.

Then the unthinkable happened.

The woman in the Big, Floppy, Flowered Sun Hat approached the Small Plastic Gopher. Slowly, at first. Cautiously, like one might approach an extraterrestrial after it proclaimed, “We come in peace.” I’m sure she’d heard us talk about its incredible “lack of detail” and other endearing qualities. Then she picked it up, walked over to the checkout stand and, well, put actual money on the counter for the gopher. She bought it. Now that piece of plastic is in her house taking up valuable space. Or maybe it was a gift she gave to a friend, telling her she overheard “collectors” or “experts” saying it was a masterpiece.

Who knows? Whatever the case, I couldn’t believe my five senses.

Later that night after the dust settled, I had an epiphany on top of the epiphany. It was one of those moments in which, had I been in a movie, intriguing, “mystical” music would play underneath as the director slowly zoomed in on my face, kind of like in A Field of Dreams, when Kevin Costner’s character began hearing strange words whispered telling him to go build it.

Suddenly, it all began to make sense. I began to see. Anything and everything has the potential to be or transition into a Small Plastic Gopher. Something that has no use whatsoever. No intrinsic or even artistic value. Something that simply takes up space. And yet because it exists, because it is, we justify a place for it in our lives. Because, well, it is “As seen on TV,” or we’ve heard “experts” or “celebrities” extol its virtues. Therefore, we must need it. There’s this subtle yet clear line, and once it’s crossed there’s no going back.

And here’s the startling fashion statement: Each and every one of us, at different times and places, is the woman in the Big, Floppy, Flowered Sun Hat! I finally identified the faceless woman who bought the Small Plastic Gopher. She is us.

Barry Dennis is a world-renowned singer-songwriter, inspirational speaker and cutting-edge spiritual teacher. He is the founder of both Celebration Church in Portland, Oregon; and the groundbreaking 'Coexist Celebration', a movement without walls who Continue reading