What’s Age Got To Do With It?

What’s Age Got To Do With It?

A Refreshing Look At The New Miraculous Midlife.

ONE DAY I RECEIVED a couple of videotapes in the mail, containing footage of some lectures I’d given in 1988. I told my daughter I wanted her to watch them with me, to see what her mother looked and sounded like two years before she was born. I thought I was doing this for her, but soon I realized I was doing it for me. As she watched, she was mesmerized by the image of her mom not yet weighed down by years of sorrow, still light and breezy in both body and spirit. And I was sort of mesmerized myself. 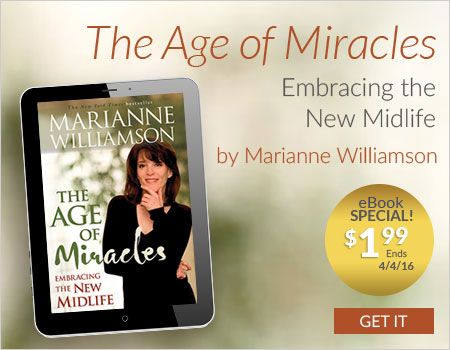 A younger man I know once said to me, “I wish I could have known you when you were young,” then tried to redeem himself (once he saw me wince) by saying something about how he would have liked to have known me when I had all that fire. I thought to myself, but did not say, I still have all that fire. What I saw looking at those videotapes was the fire he referred to, yes, but I saw something else as well. I saw a fire I needed to reclaim for myself, a fire that the world had dampened but was still mine if I wanted it—true, it was no longer flaring to the surface, but it wasn’t really gone either. It was simply buried beneath layers of accumulated burdens and disappointments. The fire itself emerged from an ageless place.

Watching the tapes of my lectures, I was surprised to see my daughter so surprised. I hadn’t realized that she didn’t see her mother as a lighthearted woman, full of easy jokes as well as wisdom. I saw then that I’d become someone I didn’t really have to be—I had descended into the dark psychic waters of a few rough years and had simply fallen for the lies I’d heard there.

What happened to me is what happens to many of us, in one way or another. Age can hit you like a truck, knocking the wind of your youth right out of you. For years you move around in reaction, seemingly defined more by what you aren’t anymore than by what you are now. Yet slowly but surely, you morph into the next phase of your life—different, but not necessarily less than as opposed to more. The less or more part is up to you.

I remember buying a CD by Joni Mitchell a few years ago. The cover art is a self-portrait of her holding a glass of red wine: I sat looking at the picture for several minutes before putting on the music. And when I did, I was appalled. Nothing seemed to sound the same; I didn’t hear the Joni I thought I knew. Oh my God, I thought, she’s lost her voice! The high, sweet quality was gone. I, who had listened to Joni Mitchell for decades, didn’t recognize the sound I heard now. For at least five minutes I went on and on in my head about how Joni Mitchell couldn’t sing anymore.

Then I started to really listen, only to realize of course that the voice that was no longer there could not compete in magnificence with the one that had taken its place. Her voice revealed a new depth now, a longing that the voice of her younger self didn’t have. Somewhere between her soul and her throat, her past and her present, good pop tunes had alchemized into high art. Light and bright melodies had become deep, stark, soulful cries from the center of things. She’d moved into a place of power that is anything but less than. Someone already a giant seemed to have turned into a goddess.

Her path—and her changes—are meaningful to me, given my own experience. Having begun lecturing over 20 years ago, people sometimes tell me that they wish I would lecture “like in the old days.” And I know what they mean. I was flip. I was funny. I was telling it like it is. But it was the ’80s, for God’s sake! It’s easy enough to be light and breezy when you’ve never seen anything but light and never felt anything but breeze. Later, when that’s no longer true—when decades more have been added to your personal repertoire of both pain and pleasure, your voice cannot not change. The question is, will you then lose your true voice or find it?

Seasons change, but all of them are spectacular. Winter is as beautiful as summer, both in nature and in us. We needn’t be less compelling with age; we’re simply compelling in a different way. Being where we are, with neither shame nor apology, is what matters most. The beauty of personal authenticity can compensate for the lost beauty of our youth. My arms aren’t as shapely as they used to be, but I know so much more now about what I should be doing with them.