What Stephen Hawking Taught Me About Life Without Limits

What Stephen Hawking Taught Me About Life Without Limits 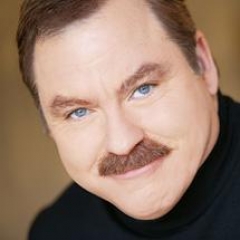 "Remember to look up at the stars and not down at your feet. Try to make sense of what you see and wonder about what makes the universe exist. Be curious. And however difficult life may seem, there is always something you can do and succeed at. It matters that you don't just give up."

Stephen Hawking just passed away at age 76, and while many consider it remarkable that he lived so long with ALS, I’m not surprised. It just proves what I’ve always believed - that we are all truly limitless beings. Hawking didn’t let his disease or his body hold him back, his brilliant mind carried him beyond his wheel chair, even beyond the confines of this planet, to test the limits of the universe!

You can’t control everything that happens – but you can choose to live life with curiosity, humor and passion.

While it might seem that a physicist like Stephen Hawking and a spiritual medium like myself would have very different philosophies, the way he approached life resonates with me. In fact, I think this quote sums up what I mean when I say that we have to let go of the need to control everything, and allow ourselves to embrace what life has to offer. “When I turned 21, my expectations were reduced to zero,” Hawking said. “It was important that I came to appreciate what I did have. . . . It’s also important not to become angry, no matter how difficult life is, because you can lose all hope if you can’t laugh at yourself and at life in general.”

Stephen Hawking was determined to fully understand the universe and quantum physics, and those same principals hold the answers to many of the questions my students ask me. Here’s why. Quantum physics is based upon the fact that the smallest atomic level, we are all energy and we are all connected.

I often say that the two biggest illusions are death and separateness. Quantum physics supports this theory. Because we are all energy, we are part of everything – God, the universe, the stars, and everyone else who has ever lived. It all exists at a sub-atomic level inside you. And because energy isn’t limited by time or place, soul energy can exist in different lifetimes, on different frequencies, all at once.

Since you and I are not physicists, it might be hard to wrap your head around these concepts until you accept that we are all made up of tiny particles of energy – and that energy that we all share is conscious. Quantum physics proves that what we can physically touch and see isn’t our complete reality. Instead, we are all connected by tiny particles and waves of energy that make up the universe.

Another interesting aspect of quantum physics is that it proves atoms are influenced by each other, even if they are not in direct or physical contact. To me, this explains why affirmations, meditation, compassion and unconditional love create a ripple effect far beyond where they originate. It also illustrates the power of your thoughts - since thoughts are energy that can alter the behavior of your cells and actually affect your health and your very being.

In short: everything is energy, energy influences other energy, and energy has consciousness of it’s own. Since we are all energy, we are all connected, and that connection transcends time and space. As a medium, I open myself up to receive molecules of thought and action from the spirit mind, which merge with my own consciousness and allow me to deliver messages that prove that the dead are there, watching over us.

Carl Sagan sums it up beautifully. “The cosmos is within us. We are made of star-stuff. We are a way for the universe to know itself.”