What Would Cleopatra Do?

What Would Cleopatra Do? 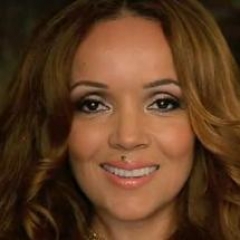 In my opinion, Cleopatra is the finest example of the fullest expression of feminine power. Cleopatra was a queen, mother, leader of an empire, and lover, who lived first for herself and then for her people. Shape-shifting into whatever form was necessary, she was able to nurture her children, protect her interests, advance her desires, and create beauty. Seductress, negotiator, tradeswoman, entertainer, hostess, and warrior, she created what she desired.

Believing she was a descendant of Isis, the Egyptian Goddess of motherhood, nature, magic, and fertility, Cleopatra never felt she was inadequate or unworthy. She envied no one and believed herself worthy of every wonderful gift life could offer. Set to live out the divine traits of Isis, she practiced compassion and concern for her subjects. When others betrayed her, she methodically took the actions necessary to protect herself and her people from harm, but she didn’t revel in bloodshed. Though she is portrayed as a stunning physical specimen, one of the most remarkable and noteworthy testaments to the power of personality is that (according to historians) she was mildly attractive, at best. They credit her wit, humor, and pleasing voice with the magic that charmed beggars and statesmen alike to fall in love with her.

The next time you’re faced with a decision you’re unsure about, ask yourself: What would Cleopatra do? Let the answer come to you. The point in asking this question is not to encourage you to disconnect from reality and fantasize about ordering a ship to make preparation for a Nile voyage. It’s far more powerful than that.

Aligning yourself with a powerful archetype—it doesn’t have to be Cleopatra; pick one that inspires you—may seem, at first, like playing pretend, but the results will be anything but imaginary.

Assume your place on the throne. Your life is your Queendom, and the voices in your mind are your subjects. Rule them. Your lover, children, relatives, friends, and community are your royal family. Together, you rule the world with compassion. Get clear on what you want from your life and prepare to receive it. Hold the vision of yourself as the adored queen that you are, and carry her energy with you. The world will see you the way you see yourself.

Diana met Scott, who could be the man of her dreams, two weeks ago at a museum. After their last sublime date, Scott said he’d call her in the morning. Three days have passed. Diana wonders what happened. She wants to call Scott and get to the bottom of it.

What would Cleopatra do?

The idea of a queen chasing after a man who doesn’t have the decency to follow through on his word—or at least explain why he’s choosing not to—is preposterous. Suitors are like grapes: another bunch will show up with dinner.

Ashley is sitting with a group of girlfriends who start gossiping about a common acquaintance. Ashley knows much about the story, and she is tempted to join in the conversation and share the juicy bits she knows. What would Cleopatra do?

Cleopatra understands the value and importance of her reputation and the fact that she never knows when she may need an ally. She would neither wish to be lowered by another, nor participate in the diminishing of someone who is not present to defend his position. Cleopatra would refrain from risking her own reputation by sullying the reputation of another.

Beatrix moves into a new home. Life is busy, and she considers getting the rest of the family moved in and situated, and then making her own space comfortable. What would Cleopatra do?

As queen, matriarch, and goddess, Cleopatra would see to it that her quarters were made beautiful and comfortable immediately. She would recognize the importance of preserving herself, as the queen and ruler of her empire, and creating the environment most conducive to her happiness first—because a happy woman creates happiness for all.

Seeing your life through the eyes of a noble queen elevates the level of care you give yourself and enhances the way you treat others. Ask yourself, What would Cleopatra do? A master tactician with her eye steadily fixed on the greatest good, Cleopatra would advise you to make decisions that honor your heart, your being, and your responsibilities.

For nearly a decade, Cynthia Occelli has embodied Venus, the goddess of femininity, and helped other women discover and claim their right to be joyous, beautiful and loved by a masculine man. A former middle-school dropout who became an unwed mother Continue reading