Who Loves You, Baby?

Who Loves You, Baby?

Why relationships are the key. 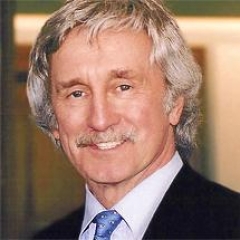 It was 1957, and I was just about living at Nobbie’s Pool Hall in Wilkinsburg, a suburb of Pittsburgh, with a bunch of other “losers” called the Green Street Animals. A child of the 1940s and ’50s, I was brought up in an affluent middle-class neighborhood. My father owned a successful brick factory and drove a Mercedes; we had the country club at our disposal.

Yet by the time I was 17, I’d left high school. I had no hopes, no future. I was involved in petty crime and had little to no relationship with my parents. One day, an older guy named Bob started hanging around at the pool hall, trying to overcome our suspicion and get to know us. It turned out he was a Young Life youth worker, and he wanted to start a club for kids in our neighborhood.

I wasn’t interested in that, but when he invited me and five of my pool-hall buddies to spend a week at a Young Life camp in Colorado, we signed up. Frontier Ranch was located at the base of Mount Princeton, southwest of Colorado Springs. It was the most beautiful place I’d ever seen. The scenery was incredible, there were horses and swimming pools, and everybody was friendly. There was even a free pool hall. And yes, there were girls I could impress with my street cool. Young people from all over the country came to Frontier Ranch each summer, brought by various Young Life counselors who were doing the same kind of outreach work that Bob had done with me and my friends.

Then one evening we had a big meeting for all the campers—which I went into feeling hostile because it was starting to remind me of school—and some adult I’d never seen before stood up and starting talking about God and Christ. What a crock! I could hardly admit it to myself, but part of me had been feeling excited about this camp. I’d been sensing some new possibilities, and I was so longing for community, for people to see me and welcome me. Now here was the hidden agenda . . . religion. I’d been conned. When I attended church with my parents, it was obvious that Christians were complete hypocrites as far as I could see. Not that you could really blame them, because wasn’t the whole God thing crazy? Why would God care about people? Why would he care about me? I was a loser.

When the meeting ended, I went looking for Bob, and when I found him, I called him every name I could think of. I accused him of lying to me, of deliberately concealing what Young Life was about.

Bob didn’t try to weasel out of it. He looked me in the eye and said, “You wouldn’t have come if you’d known what it was, right?”

“You’re damn right I wouldn’t have.”

“Well, I apologize for tricking you, but I’m not sorry that you’re here.”

Angry as I was, I respected him for leveling with me, and I could tell he respected me, too, and wasn’t trying to bullshit me.

“Bill, I think you’re prejudiced,” Bob went on. “You have a preconception of who God is. I challenge you to listen and consider what’s being said about him here. You might find it’s the most important thing you’ve ever heard. And if not, then just enjoy the camp, and no hard feelings.”

I was too confused to reply, so I turned my back on him and walked away.

I surprised myself, though. I was able to put aside my resentments and do what Bob had suggested—just enjoy the camp even if I didn’t want to hear anything about a spiritual life. There was something going on every hour of the day. We rode horses, climbed mountains, put on skits, and had a lot of time to talk to the camp counselors and each other.

I was learning perhaps the most important lesson of my life—not just my life then, but for the next 50 years as well. Personal relationships are the key to change. No program in the world is going to help a young person find his future. And sermons, proselytizing, and guilt trips aren’t going to open anyone up to the Spirit. I needed to find adults I could trust and who trusted me. I needed a reason to hope. Bob and the other counselors saw exactly who I was—an angry, ignorant, unhappy young man—and they loved me anyway. The Young Life people were for real. They loved me unconditionally, whether I believed in God or not. There were no strings attached.

Bill Milliken has been a tireless advocate for disenfranchised youth and one of the foremost pioneers in the movement to connect schools with community resources to help troubled students graduate and succeed in life. Visit his Facebook page at: ww Continue reading