Who Will You Be After You Die?

Who Will You Be After You Die?

Deborah King Offers You A Blueprint

Have you ever faced a situation where you didn’t know if you’d live or die? Maybe before a major surgery. Maybe watching a car coming head-on toward you, in the wrong lane. Maybe after hearing a scary diagnosis. Or have you lived a charmed life where the thought of dying has never even entered your head?

Chances are, you have, at some time or another, realized your own mortality. Maybe the fear of death makes you run as far and fast as possible, diving into drugs or alcohol or food, manic shopping, or any of the addictive escapes that are available. Maybe you shrug it off with a belief in your own immortality. Maybe you turn to a God who, you hope listens to your prayers that beseech Him you be spared this terrible fate.

Does the thought of death scare you? What will be there after you die? Will you experience the glories of heaven or the damnation of hell? Will you exist at all, or is that final sleep really the end or is it? 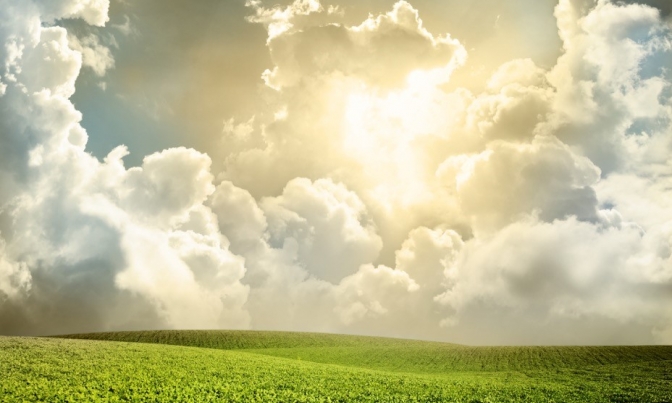 As scientists have been telling us for ages, energy doesn’t simply disappear. It transmutes into another form. Heat water and it turns to steam; cool it sufficiently and you have ice. So what happens to your energy, your consciousness, when it no longer has your physical body as its host? Does it disappear, decomposing the way the body does? If not, what happens to it?

This is when you have to turn to those who, when they were alive on earth, raised their consciousness to the point of becoming “one with all.” The saints and sages who have stood on the highest mountain peak and exclaimed: “There is no death!” It’s the great Indian saint Ramana Maharshi, dying of cancer, who said to his devotees who were begging him not to leave them, “But where could I go?”

Those who have made a study of what happens after we die have given us a blueprint. After death, the physical body remains on Earth, either as the moldering body buried in a casket or as ash after cremation. The vital body—the energy that sustains life, the shakti of the body—gets released and is reabsorbed into the universal energy field. But the subtle body—comprised of the causal body, the soul, the mind, the consciousness—travels to the subtle planes of existence.

Different spiritual traditions have created various representations of what these subtle planes are like, usually dividing them into positive and negative regions (various heavens and hells, bardos, or lokas). The “weight” of your subtle body determines where your individual consciousness will land, based on three basic components:

As pictured by the ancient Egyptians, who had elaborate beliefs about death and life after death, the ka (the person’s life force) left the body at death and, after avoiding the dangers of the underworld, underwent a final judgment that was called the “Weighing of the Heart.” The heart symbolized the actions of the person while alive and was placed on one side of the scales to be weighed against the feather of Ma’at—the concept of justice, truth, law, and balance.

I can assure you, it’s the way you live while on Earth that determines what happens to you when you die. There is no vengeful god seeking to punish you for your various “sins.” There is only the goodness of your own heart weighed against universal truth.

One of my most revered spiritual teachers, Mary Baker Eddy, often said, “death is not your friend.” What she meant by that was that every day that spirit grants you on earth offers you another chance to move toward right action. Every day, you are given new situations where you can choose whether you will take the high road or the low road; if you take the high road often enough, you will escape the Bardo (also known as Purgatory), and stand in the light right after death.

Not “what will happen to you when you die” but “how do you live your life” becomes the ultimate question.

NDE | near death experience | life after death | past lives
About Author