Why Are GMO Foods Bad For Your Gut Health?

Why Are GMO Foods Bad For Your Gut Health?

Disrupting The Microbiome Has Far-Reaching Consequences 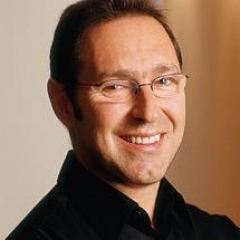 I consider the genetic modification of our food to be one of the most disturbing developments of the last few decades. Genetic modification began when the Monsanto corporation, developed a weed-killing herbicide known as Roundup. The only problem was that Roundup tended to kill the crops as well as the weeds.

So Monsanto invented a genetically modified soy that was able to resist the herbicidal poison - the so-called "Roundup-ready" soybean. Farmers began to shower their crops with vast quantities of Monsanto herbicides, with potentially disastrous consequences for the neighboring soil and water, as well as for any livestock or humans who might consume the soy.

I'd love to be able to tell you exactly what effect this has on our health, or on the health of the livestock fed with these crops. Unfortunately nobody knows yet. We've only been doing this to our food supply for a relatively short time period and therefore we don't have a comprehensive picture of how it affects us.

However, a number of disturbing pieces of information have come to light that suggest a need for caution.

Why is your microbiome the key to your overall health?

Each of us contains a whole inner ecosystem composed of trillions of microbes. These bacteria outnumber our human cells by a factor of 10 to 1.

We begin developing our microbiome in the womb, as our mothers pass on bacteria to us during pregnancy. As we grow, we continue to acquire more bacteria – from our food and water, but also from our environment and from other people. These bacteria can be friendly, unfriendly, or a mix of the two. 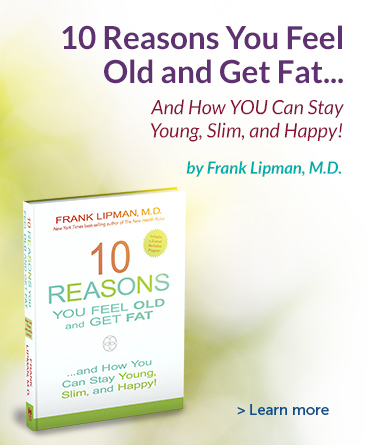 We need the microbiome to keep our gut healthy because the gut is so vital to our overall health. Besides its role in digestion, it also helps us to process thought and emotion – so much so that it is often referred to as “the second brain.” When your microbiome is in good shape, your serotonin and other neurochemical levels are more likely to be optimal. As a result, you feel calm, balanced, optimistic, and confident and you are likely to sleep well. 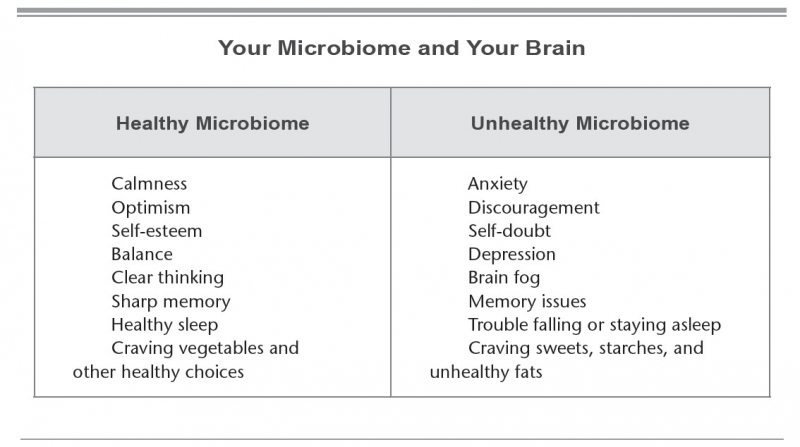 The study of GMOs and of the microbiome itself is in it's infancy and we simply don't know enough. However, more and more evidence is pointing to the fact that keeping a healthy, balanced microbiome is key to overall health. Disrupting it by consuming GMOs, and conventionally or factory farmed meats, almost certainly involves some risk. When combined with other disruptors such as antibiotics and junk food, it is little wonder that very few of us reach adulthood with our microbiome in good shape.

However, there are steps you can take to repair the delicate balance. Here are a few places to start.

If you can avoid GMOs do so. A full list of GMOs can be found here.

Add water filters to your home taps and drink filtered water whenever possible.

Take a daily probiotic, a capsule or powder containing friendly bacteria that can replenish your own microbiome, especially if you have recently taken antibiotics.

Incorporate prebiotics into your diet: foods that contain the fiber on which friendly bacteria feed. Examples are; tomatoes, garlic, onions, radishes,leeks, asparagus and artichokes.

Common ailments such as weight gain, fatigue, aches and pains, illnesses and memory loss typically associated with growing older are by no means inevitable.

If you can bring your microbiome back into optimum balance, many if not all of these should be alleviated or even disappear.

My new book, 10 Reasons You Feel Old and Get Fat includes a 2-week revitalize program to get you and your healthy bacteria back on track.

Frank Lipman, M.D., is the founder and director of the Eleven Eleven Wellness Center in New York City, where his personal blend of Western and alternative medicine has helped thousands of people—including celebrities like Kyra Sedgwick, David Letterm Continue reading

3 Blessings From The Winter Solstice

“Sticks and stones may break my bones, but words c

Shortly before the time of his transition, I’d bee

How To Relieve Stress By Listening To Your Body's Signals

Over the last decade as a Doctor working in hospit

An Amazing Exercise For Changing Direction

If you’re driving down the street and realize you’

Al Burton was the director of creative affairs for

What Is Your Life Mission?