Why Does Mainstream Medicine Ignore The Placebo Effect?

Why Does Mainstream Medicine Ignore The Placebo Effect?

Bruce Lipton, Ph.D. Delves Into The Phenomenon Of Our Mind Power

Thoughts, the mind’s energy, directly influence how the physical brain controls the body’s physiology. The fact is that harnessing the power of your mind can be more effective than the drugs you have been programmed to believe you need. Below is an excerpt that explains this, from The Biology of Belief 10th Anniversary Edition, recently released in paperback.

Placebos: The Power of Positive Beliefs

The placebo effect should be a major topic of study in medical school. I believe that medical education should train doctors to recognize the power of our internal resources. Doctors should not dismiss the power of the mind as something inferior to the power of chemicals and the scalpel. 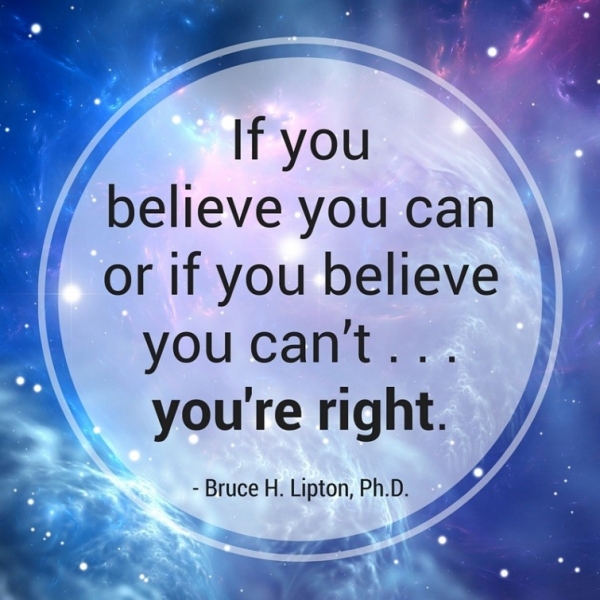 Every medical student learns, at least in passing, that the mind can affect the body. They learn that some people get better when they believe (falsely) they are getting medicine. When patients get better by ingesting a sugar pill, medicine defines it as the placebo effect.

The placebo effect should be the subject of major, funded research efforts. If medical researchers could figure out how to leverage the placebo effect, they would hand doctors an efficient, energy-based, side-effect-free tool to treat disease.

I believe the reason the mind has so summarily been dismissed in medicine is the result not only of dogmatic thinking, but also of financial considerations. If the power of your mind can heal your sick body, why should you go to the doctor and, more importantly, why would you need to buy drugs?

Drug companies are studying patients who respond to sugar pills with the goal of eliminating them from early clinical trials. It inevitably disturbs pharmaceutical manufacturers that in most of their clinical trials the placebos, the “fake” drugs, prove to be as effective as their engineered chemical cocktails. It is clear that effectiveness of placebo pills is a threat to the pharmaceutical industry.

Some of the more notorious treatments once prescribed by mainstream medicine include bloodletting, treating wounds with arsenic, and the proverbial cure-all, rattlesnake oil. No doubt some patients, the conservatively estimated one third of the population who are particularly susceptible to the healing power of the placebo effect, got better with those treatments.

In today’s world, when doctors wearing white coats deliver a treatment decisively, patients may believe the treatment works—and so it does, whether it is a real drug or just a sugar pill.

Studies have shown the placebo effect to be powerful in treating other diseases, including asthma and Parkinson’s. In the treatment of depression, placebos are stars. So much so that psychiatrist Walter Brown of the Brown University School of Medicine has proposed placebo pills as the first treatment for patients with mild or moderate depression. (Brown 1998) Patients would be told that they’re getting a remedy with no active ingredient, but that shouldn’t dampen the pills’ effectiveness.

Studies suggest that even when people know they’re not getting a drug, the placebo pills still work.

One indication of the power of the placebo came from a report from the United States Department of Health and Human Services. The report found that half of severely depressed patients taking drugs improve versus 32 percent taking a placebo. (Horgan 1999) Even that impressive showing may underestimate the power of the placebo effect: many study participants figure out they’re taking the real drug because they experience side effects that are not experienced by those taking the placebo.

Once those patients realize they’re taking the drug, i.e.,once they start believing that they’re getting the real pill, they are particularly more susceptible to the placebo effect.

Given the power of the placebo, it is no wonder that the $8.2 billion antidepressant industry is under attack by critics who charge that drug companies are hyping the effectiveness of their pills.

In a 2002 article in the American Psychological Association’s Prevention & Treatment, “The Emperor’s New Drugs,” University of Connecticut psychology professor Irving Kirsch found that 80 percent of the effect of antidepressants, as measured in clinical trials, could be attributed to the placebo effect. (Kirsch, et al, 2002) Kirsch had to invoke the Freedom of Information Act in 2001 to get information on the clinical trials of the top antidepressants: these data were not forthcoming from the Food and Drug Administration.

The data show that in more than half of the clinical trials for the six leading antidepressants,the drugs did not outperform placebo, sugar pills.

Another interesting fact about the effectiveness of antidepressants is that they have performed better and better in clinical trials over the years, suggesting that their placebo effects are in part due to savvy marketing. The more the miracle of antidepressants was touted in the media and in advertisements, the more effective they became. Beliefs are contagious! We now live in a culture where people believe that antidepressants work, and so they do.

Nocebos: The Power of Negative Beliefs

While many in the medical profession are aware of the placebo effect, few have considered its implications for self-healing.

In medicine, the nocebo effect can be as powerful as the placebo effect, a fact you should keep in mind every time you step into a doctor’s office. By their words and their demeanor, physicians can convey hope-deflating messages to their patients, messages that are, I believe, completely unwarranted.

Our positive and negative beliefs not only impact our health but also every aspect of our life.

For Example: think about the implications of the man who blithely drank the bacteria that medicine had decided caused cholera.

For Example: Consider the people who walk across coals without getting burned. If they wobble in the steadfastness of their belief that they can do it, they wind up with burned feet.

Your beliefs act like filters on a camera, changing how you see the world. And your biology adapts to those beliefs. While we cannot readily change the codes of our genetic blueprints, we can change our minds and, in the process, switch the blueprints used to express our genetic potential.

My point is that you can choose what to see. You can live a life of fear or live a life of love. You have the choice! But I can tell you that if you choose to see a world full of love, your body will respond by growing in health. If you choose to believe that you live in a dark world full of fear, your body’s health will be compromised as you physiologically close yourself down in a protection response.

Positive thoughts are a biological mandate for a happy, healthy life. In the words of Mahatma Gandhi:

Below is an excerpt that explains this, from The Biology of Belief 10th Anniversary Edition, recently released in paperback.