Why Is Hashimoto’s Disease So Misdiagnosed?

Why Is Hashimoto’s Disease So Misdiagnosed?

Treat It Effectively With Functional Medicine 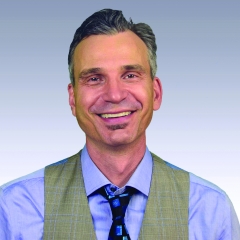 I wrote How To Heal Hashimoto’s to help people who are suffering from the debilitating effects of Hashimoto’s thyroiditis.

Like many of the people I have worked with, I also have Hashimoto’s and have lived with it for many years. Overcoming the struggles that it has presented has been a major motivator for me and is the reason why I’m so passionate about helping others. For several years, I had no idea what was happening to me. I knew something was wrong, but I couldn’t put my finger on it. I was tired all the time, I couldn’t sleep, I was in pain, I couldn’t concentrate, my memory was shot, I couldn’t focus, my digestion was horrible, my joints hurt, I had gained about 20 pounds of bloating and inflammation, and the worst thing was I had this really bad eye pain that just wouldn’t stop. Finally I went to a couple of eye doctors, and one of them did a battery of tests.

At that point they discovered that I had a marker called HLA-B27, which is seen in people with Crohn’s disease, and something called ankylosing spondylitis, which can cause the vertebrae in your spine to fuse. I had some chronic back pain, but I didn’t really have any other symptoms. Doctors told me that we’d wait and see and when it got bad enough, they’d put me on immunosuppressant therapy and pain-relieving drugs to completely disable my immune system and, they hoped, keep me out of pain. As a functional medicine practitioner, that made no sense to me. Wait until my spine is severely damaged and then do something to disable another part of my body? The truth is if a person has to live through that, it evolves into a gradual, or sometimes not-so-gradual, loss of function and quality of life. It’s miserable. I’ve worked with people who had gotten to that point.

In response, I started treating myself using what I knew from functional medicine. I began a strict autoimmune diet and took some supplements.

The top three foods that may overstimulate your immune system are gluten, dairy, and soy.

Through that, I was able to start to get my life back. Then something interesting happened: I lost those extra 20 pounds, and because I could actually see my body differently, I discovered some nodules on my thyroid. I went to see a physician friend, and he sent me for an ultrasound and some blood tests. Thank God, the nodules were not cancerous, but my antibodies were really high, and I was diagnosed with Hashimoto’s. And the funny thing was, I was in the same place all over again. My doctor said, “Yeah, you have elevated antibodies [at the time, my thyroid peroxidase (TPO) antibodies were 1,200], but all your thyroid numbers are in the normal range.” He continued, “So we’re going to keep an eye on it and when it gets bad enough, we’ll put you on Synthroid, and that will take care of it.” So, once again, do nothing until my thyroid is sufficiently destroyed and then act. It was then that the light went on in my head and I realized . . .

“There is nothing for us!”

Holy crap, I thought to myself, most emphatically, there is nothing for those of us who are in this in-between stage of discovering we have autoimmune disease and major destruction of the tissue that’s being attacked. Nothing.

Over the past four years, I’ve had more than 2,000 conversations with people who suffer from this disease. And one of the most common questions I am asked is, “Why doesn’t my doctor understand what is happening with Hashimoto’s?” People often share with me that they feel like they’re being dismissed and that their symptoms are not being taken seriously by their doctors. They want to know, “Why do doctors say things like, ‘Hashimoto’s isn’t a real disease’ or ‘People just want to blame everything on this disease’?” I don’t know exact reasons or circumstances, but one possible explanation is the popularity of the drug Synthroid. This drug is a synthetic form of the thyroid hormone T4. It is also the number-one branded synthetic hormone therapy for thyroid disease and the most widely prescribed medication in the United States. According to Drugs.com, total sales of Synthroid in 2013 exceeded $800 million.1 Because of the drug’s popularity and market share, the manufacturers have influenced the research and treatment of hypothyroidism and Hashimoto’s. And, of course, doctors know how important thyroid hormone is in the body, so there are good reasons for prescribing this drug. But, there are also consequences to the dogma of this approach. The problem with a dogmatic approach to these principles is that they aren’t always true when you’re dealing with autoimmune diseases like Hashimoto’s. And when this treatment doesn’t work, it can have a big impact on people’s lives.

It’s an epidemic, and many are starting to take notice as they seek alternatives to the treatment and care that is currently being offered. For a lot of us, the current treatment approach is inadequate at best, and at worst, just plain worthless. To give you a sense of the sheer numbers, I have worked with more than 1,000 people (and spoken to more than 2,000) with Hashimoto’s in the past four years. Here’s what I’ve learned: The average age of those people was 46; 96 percent were female, and 55 percent were on thyroid hormone (the most common brand was Synthroid, followed by levothyroxine, Armour Thyroid and Nature-Throid). The most common symptoms were (in order) fatigue, brain fog, weight gain, depression, anxiety, hair loss/thinning, constipation, and insomnia.

The majority of the people I’ve talked to, including myself, went a number of years before anyone figured out what was going on with them. Even though Hashimoto’s is so widespread, it is commonly misdiagnosed or ignored. So I really think we’re seeing the tip of the iceberg.

DOING NOTHING IS NOT ACCEPTABLE

All too often, nothing is done until there is significant destruction in the body. If you’re living with it, that’s too late, in my opinion. This approach leads to a significant loss in quality of life, which for some means they can’t work and they can’t enjoy time with their family and friends. Why isn’t more attention being given to autoimmunity? When you look at the sheer number of cases, it’s virtually an epidemic.

AUTOIMMUNE DISEASE CAN BE LIFE-THREATENING

Actually, autoimmune disease is one of the top 10 leading causes of death in female children and women in all age groups up to 64 years of age. I don’t want to frighten you, but I want you to understand what the stakes are so that you take this part of Hashimoto’s seriously. And this comes into play when you have to decide what you are going to do. In my personal and professional experience, the most effective changes are dietary and lifestyle, some of which are major for some people. When you see the big picture and the potential for where the disease can go and how destructive it can be, it makes not eating foods like gluten and dairy a no-brainer. It’s not that big a sacrifice when your life is on the line. I also want you to understand that the suggestions in my book, How To Heal Hashimoto’s  aren’t some fad. They’re being made because the risks of the status quo—of doing nothing or letting the disease progress unchecked—are just too high.

How To Heal Hashimoto’s is an integrative road map to remission to help you take back your health.

Marc Ryan, L.Ac. is a graduate of Cornell University and a licensed acupuncturist and herbalist in the State of California who practices functional medicine. After suffering from his own battle with Hashimoto’s and discovering an alternative appro Continue reading