Are you half-full or half-empty? 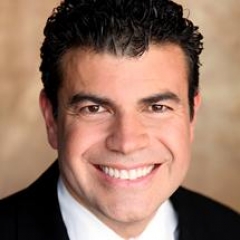 Try this simple experiment with me: Get a small drinking glass and fill it with water. Next, drink or pour out about half the water. Sit down and look at the glass.

Think for a moment about the old saying: the pessimist sees the glass as half empty, and the optimist sees it as half full. Then think about yourself, imagining that you are like that glass, and the water represents your level of health. Are you half full of health? Or half empty?

I’m a half-full person - an optimist, if the term is properly defined. True optimism is not synonymous with Pollyannaism. Nor is it blind foolishness, like the partygoer who insists that he’s “sober enough” to drive home. If you’re a true optimist, you believe that you can control your destiny, turn a negative into a positive, and find meaning in a bad situation. Optimists rarely give up, and because they hang in there, they usually succeed.

By contrast, pessimists feel out of control. There are many common phrases that capture the essence of pessimism: “seeing the glass half empty” or “the sky is falling.” Both phrases express the belief that problems will persist, and no amount of problem-solving will help.

I’m sure you know where I’m going with this: Optimistic thinking makes you healthier. If you’re an optimist, you feel you can take charge of and influence your health for the better. Suppose a doctor told you that you need to lose weight and start working out. The optimist in you would say: “The doctor’s right. I’ve been eating too much junk food. I need to eat more fruits and vegetables, and cut back on calories. I’m going to start going to the gym at least three times a week.”

The same words from a doctor might lead your pessimistic best friend to say, “Oh, forget it. It’s too hard - I can’t stick to it!” Pessimists feel helpless, so they never get motivated to make healthy choices. The messages they tell themselves become negative self-fulfilling prophecies.

Even science tells us that optimism is self-healing. A number of years ago, psychologists at Carnegie Mellon University in Pittsburgh followed a large group of heart-bypass patients and rated them on an optimism scale. They found that the most optimistic patients were less likely to suffer a heart attack in the course of the surgery (which can happen), suffered fewer complications, and recovered faster.

Then consider the famous nun study: Researchers read the autobiographical essays of 180 nuns living in the U.S. that were written in the 1930s when the women were young (average age was 22). They found that the nuns who wrote optimistically of their lives went on to live longer - an average of ten years longer than other nuns.

And the results of a Dutch study on the health effects of optimism and pessimism on the elderly were published several years ago in the Archives of General Psychiatry: optimists had a 55 percent lower risk of death by all causes. A Mayo Clinic study, conducted over a 40-year period, also concluded that optimists live longer than pessimists. And in a 2008 Duke University study, cardiac patients who were pessimistic about their outcome were twice as likely to die early as those who were optimistic.

Pessimism, to speak frankly, just isn’t healthy. An attitude rooted in sickness can lead to sickness. You can either think of yourself as healthy or sick. The choice is up to you!

Dr. Fabrizio Mancini, is an internationally acclaimed bi-lingual speaker, author, educator, philanthropist, and president of one of the leading Universities in the world. Continue reading