Adding Inspiration Back Into The Classroom 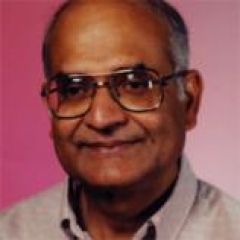 Can society develop such a healthy respect for creativity as to make it pivotal to the education of all its citizens? It certainly can, but we must loosen our emphasis on doing, on rote learning, and on the three Rs. We need to encourage children to recognize interim failure as an inherent component of creativity, and of eventual success. “Give me a fruitful error any time, full of seeds, bursting with its own correction,” said Vilfredo Pareto, the famous 19th-century economist. “You can keep your sterile truths to yourself.”

One high-school English teacher who understood this point was trying to stimulate her disadvantaged students to read Shakespeare. One day she asked the class about the meaning of a particular passage in The Taming of the Shrew. After a long silence, a usually quiet student attempted an answer, but it was wrong. The teacher, however, was so pleased with his unexpected attempt that she reached in her pocket, came up with a dollar bill, and gave it to the student. When another student complained about rewarding a wrong answer, the teacher explained, “Sometimes it takes a lot of wrong answers before you get the right one.” Her class later unanimously voted for more Shakespeare.

Education in schools usually proceeds in an unambiguous, linear, and unimaginative fashion. In other words, our scientific culture, with its materialist emphasis, insists too much on prediction and control. As a result imagination and intuition suffers. These aspects of our experience require surrender of control, which permits the radical receptivity of the nonlocal domain. In other words, being must accompany doing in our schools.

We must never underestimate the role of inspiration, which is born of relaxation, meditation, and communion with nature. Unfortunately, efficiency-minded curricula have little room, if any, for such non-structured activities. When I was a child I was home-schooled until age 11, so I had a lot of time by myself in our backyard, which to my eyes was paradise, full of mango, lychee, jackfruit trees, cranberries, and other lush vegetation. There was also a pond where I skipped stones; I liked watching their ripples extend after they danced over the water. But mostly I reenacted the great epic stories of the Mahabharata, which were my secret source of inspiration.

Can we create such opportunities for every schoolchild? We rightly worry about providing breakfast for their physical bodies, but their mental bodies starve from lack of inspiration from the quantum self. Let’s face it: those computer games that many children play so early in their lives may help with concentration, but they are not inspiring. They leave the subtle body untouched except for the lower chakras.

Where would they be if you hadn’t?

But have you remembered the three I’s—

Their mastery of the three Rs has cultivated will.

Without the three I’s, how will they learn being?

The United States of America was defined by the U.S. Constitution, by the Bill of Rights, by democracy and capitalism, by liberal education, by individualistic know-how and creative can-do, and by a deep sense of spiritual values. These elements have carried this society through thick and thin. Why? Because during a crisis, whether it’s the Civil War or the Great Depression, we have always managed to redefine ourselves. Creativity has always been available, a wellspring of resilience to draw from.

Amit Goswami, Ph.D., has been a professor of physics at the University of Oregon for thirty four years. He is the author of six books including the successful textbook, Quantum Mechanics. Amit is a pioneer of science within consciousness. Continue reading