The statistics will startle you! 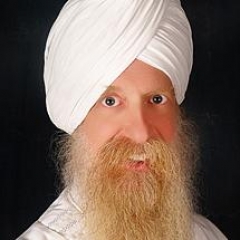 Are you vitamin D deficient? The short answer is that it is very likely that you do not have sufficient stores of vitamin D in your system to achieve the optimal health benefits associated with it. In my medical practice, I have estimated that over 75 percent of my new patients are deficient or insufficient in vitamin D. In addition to low sun exposure due to latitude, weather, season, skin color, and concealing clothing, there are other factors that can increase your risk of vitamin D deficiency.

Part of the greatest risk for vitamin D deficiency is that no one expects to have a vitamin D deficiency! If people made it through childhood without contracting rickets, it is believed that they are in the clear. If you do not have a debilitating bone condition, such as rickets or osteomalacia, how do you know if you are deficient? Vitamin D deficiency has been termed a silent epidemic because the symptoms associated with vitamin D deficiency are more subtle and can be confused with many other medical conditions. Many doctors do not test for it unless bone problems are suspected. I test all of my new patients for it as part of their initial workup.

Interestingly, more studies are linking the symptoms associated with many diseases of civilization (such as cancer, diabetes, heart disease, chronic pain, and osteoporosis) with vitamin D deficiency. If you have any of the following common complaints, you may be vitamin D deficient: muscular weakness, feeling of heaviness in the legs, chronic musculoskeletal pain, fatigue or easy tiring, frequent infections, or depression.

In my practice, many patients with similar complaints have reported a decrease in their symptoms after following my supplementation protocol. In one such example, I saw a middle-aged physician who experienced persistent neck pain for some years. He had received regular chiropractic adjustments, body work, and acupuncture; and would use occasional ibuprofen for his neck pain. He came to me approximately five years ago when I was first measuring vitamin D levels. His vitamin D blood level was at 11 ng/ml! This was significantly deficient, and I immediately started him on a corrective dose of vitamin D to bring his level up quickly.

After taking vitamin D for approximately six weeks, the patient told me that his chronic neck pain had decreased by approximately 90 percent. He needed to see the chiropractor much less often and did not require frequent acupuncture treatments. He was delighted. I explained to him that because of his dramatic response to vitamin D, it was a sign that he had had osteomalacia of his neck bones. Osteomalacia is adult rickets! With severe vitamin D deficiency, there is a defect in the bone-hardening process, characterized by a deep, gnawing pain in the muscles and bones. After several months, we repeated the blood test to assess his vitamin D level, and indeed, his levels were now over 40 ng/ml.

The patient that I have just described to you was me. Because of my Sikh dress (which covers most of my body) and my fair skin and subsequent sun avoidance, my vitamin D level started out extremely low. In correcting it, my neck pain was basically eliminated. I had cured myself of osteomalacia!

Board certified in Internal Medicine, Soram Khalsa, M.D., is a clinical professor of medicine and past chairman of the advisory committee for the Environmental Medicine Center of Excellence at Southwest College of Naturopathic Medicine in Temp Continue reading