You ARE Worth It

You ARE Worth It 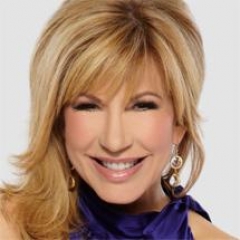 Each day needs to begin and end with a focus on you, a lesson I first learned at a young age. When I was a teenager, I got the message that it was unladylike and ungracious to consider myself first in anything. Being raised in the South, a propensity for good manners and being neighborly were practically built into my genetic coding. I didn’t ever want to come off as stuck up or “too big for my britches,” as Mom always said. So around age 12, I unofficially enrolled in the Society of Perpetual People Pleasers and began a pattern of putting everyone else ahead of me. Of course, this created a huge conflict because I didn’t really want it that way—in fact, I resented the hell out of it, although I always tried to be a “lady” and a class act.

It may have started as false modesty, but the brain doesn’t know the difference between what’s real and what’s not. If we back a message with actions, those become the habits of head and heart that create our reality. In other words, we become exactly who we think we should be and who we tell ourselves we are. Every time I undervalued myself, I was signaling to my brain that I wasn’t worth much.

Do you ever feel like you’re a horrible, selfish person for so much as thinking that you might deserve something before someone else? Well, I’ll tell you what my mother had to say about that: “Honey, it’s a poor frog who doesn’t praise his own pond.” If you don’t vote for yourself, how can you expect others to think you’re worth it, she always wanted to know.

At my alma mater, Irmo High School, after the team of cheerleaders had been voted on by the student body, the elected girls then selected a head cheerleader. There was nothing I liked better than being in charge, but rather than owning that, when we all cast secret ballots for which girl would call the shots, I voted for someone else. Who was I kidding? I really wanted the job (which I ultimately got anyway), but as I wrote down another girl’s name, I remember thinking, What if it all comes down to one vote, and I cost myself this election?

It’s that way in life. It will often come down to your believing that you’re the best one for the job, for the role, for the boyfriend, to adopt the baby, or to reinvent your life. One vote makes a difference. This is not a “nice-off.” There will be plenty of times for you to show your humility, graciousness, and desire to help others, so don’t give up the lead and let your understudy step in. You’re uniquely qualified to run your life.

Leeza Gibbons is one of the best known and most well loved pop culture icons on the air and at the top of her game. As a wife, mother, and businesswoman, she has always shared her experiences with her audience. Continue reading