Don’t be a cowardly lion. 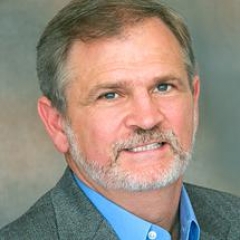 What comes to mind when you think of courage? A small child may immediately think of a lion as a symbol of strength, courage, and gallantry since many were taught that the lion is the king of the jungle. In The Wonderful Wizard of Oz, the famous children’s book written by L. Frank Baum in 1900 and brought to the screen by MGM in 1939, the lion is missing the quality that should most define him: courage. As the movie unfolds, he discovers he always had it—he just didn’t show it.

Fear had so crippled the lion’s ability to see himself as he actually was that he lived as a frightened coward, rather than the brave beast that all animals feared. We assume that lions are supposed to be dauntless, no matter what the obstacles are. The Lion King—the third highest-grossing animated feature film ever released in the United States, and one of the most prolific and successful Broadway shows ever—depicts Mufasa, king of the pride’s lands, and his progeny Simba, the young heir to the throne. Mufasa was a courageous lion, a protector of his family and land.

However, his boldness and courage were not easily transferred to Simba because he was still learning the truth about courage. After each lesson, Simba’s uncle Scar would immediately seek to undo everything that Mufasa had taught the young lion by instilling fear in him. Perhaps you haven’t realized that you, too, are a lion, at least symbolically speaking. You have the courage, but are you displaying it?

The average person in business is afraid to give up any control and is trying to do it all by himself. He’s like the lion in The Wizard of Oz, trembling and searching to find the courage he thinks he has lost. The good news is that you have it! Just like the Oz lion or Simba, you already have courage—but don’t celebrate just yet. You, too, will have challenges that you must face so that you can display courage.

As those lions did, you will have to come face-to-face with some hard-hitting realities about yourself. Adversities and obstacles are bound to occur. When that happens, how will you respond? Will you run for cover, or will you run toward danger, knowing that you have the innate ability to overcome any obstruction that may come your way?

Most people have experienced various events throughout their lives that have convinced them that they don’t have courage. Courage sleeps quietly until it’s awakened by an opportunity to confront danger head-on. Several years ago there was a beautiful statue of Buddha in the middle of a town in Thailand. To accommodate construction, it had to be moved. The statue turned out to be much heavier that anyone had anticipated. When workmen attached chains to the statue and to a vehicle and attempted to drag the statue, the pressure cracked the exterior of the Buddha.

Underneath was a solid gold Buddha that had been plastered over and then nicely painted. It had sat in the center of town for several hundred years and no one had known how truly valuable it was. Apparently, centuries earlier, the village had been under attack from a warring tribe. The townspeople wanted to protect their gold statue but couldn’t move it before their enemies invaded. Their solution was to cover the gold with plaster and paint—and it worked!

That’s much like you and me. Sometimes we haven’t acted as lions. We’ve allowed events to bury the real us. Some people become so covered that they forget they were ever lions, much less that they should possess courage. The key to revealing the gold statue inside the plaster Buddha was the applied pressure of the chains when the people tried to move it. Try to see pressure as an opportunity to find the beauty inside and awaken the sleeping character of courage.

Brian Klemmer, a graduate of the United States Military Academy, is a best-selling author and highly respected speaker and seminar leader. His company, Klemmer & Associates Leadership Seminars, Inc., has worked with hundreds of thousands of people th Continue reading