Check Your Ego At The Door, Because You Don’t Need It 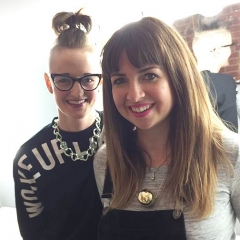 There’s a lot of talk in the world of woo about this thing called the ‘ego’. We’re not talking about the same thing as the Freudian- derived ego (or more accurately a killer combo of Freud’s id and super ego), where we accuse someone of having ‘a big ego’ as an umbrella term for their posturing or need to be the best and be loudly acknowledged as such. 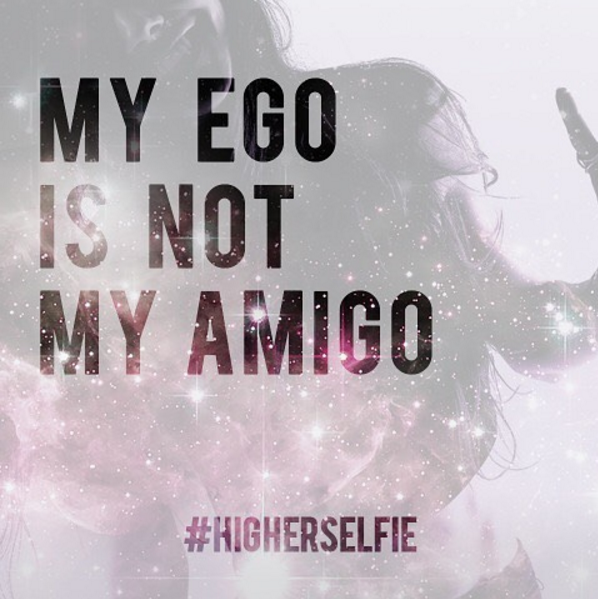 Certainly the ego we speak of can influence you to act in that way, and is also a scavenger that will use any scrap of evidence it can find to help you self-sabotage the good feelings and experiences you’re having, by whatever means it can.

The ego we’re speaking about is more concerned with littleness; with keeping you small, under the pretence of keeping you ‘safe’. The ego as in the little blighter ACIM speaks of is your false self – the part of you that has you self-sabotaging at every turn.

Put into context, this is how it operates. Let’s imagine for explanation’s sake you’re on a wellness kick. It’s going really well, you’ve downloaded the fitness app your BFF recommended, the fridge is full of dark leafy greens (fangirling over kale anyone?!) and you’ve cut down on the vodka tonics at after-work drinks. You’re feeling good and the results you wanted are happening. Then sometime on an idle Tuesday the immense desire for a sticky ooey gooey doughnut kicks in. Did we also mention that you’re allergic to gluten and off sugar? But you can’t help it. Krispy Kreme is calling and the urge is strong. Ego can sniff this self-sabotaging desire like a fart in an elevator and immediately kicks into action.

‘Go on treat yourself, you’ve been doing so well, while helping you to push way back in your mind how bloated and gross you’ll feel afterwards. So off you go to the doughnut shop and you fill your face with glee, and (enter ego, stage left) almost instantly feel bad afterwards.

Even though you’re standing there looking gorge in your new galaxy print leggings, you’ve dropped your own commitment to healthy eating, and you’re about to feel super-uncomfortable for the rest of the day. Then ego, yeah, the same one that lead you astray then guilt-tripped you for the decision, now has a great idea... Well you’ve busted your resolve anyway, so why not have another doughnut? The pretty sprinkles will make you feel better... And on and on! You know it, right? That total crazy maker that lives inside your head?!

The ego is the part of you that takes on the stories of your past and plays them back to you whenever you want to move forward. 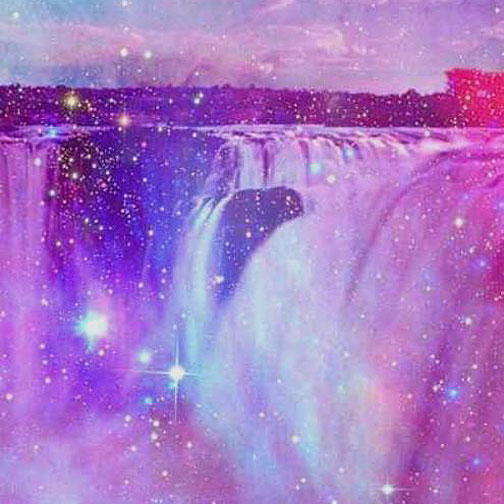 It keeps your stuck in your comfort zone – or your uncomfort zone as it should perhaps be known – and takes any opportunity to help you miss, twist or self-sabotage opportunities and miracles that the Universe has sent for you.

The ego does not have morals, nor is it discerning.

It is smart because you are and is just as adept at puffing you up and giving you a superiority complex as it is at dragging you down when you are on a high.

Jealous pangs triggered by a friend’s awesome press interview that you see on Instagram, even though you just landed the client of your dreams? Ego.

Judging someone in your industry as a fake and undeserving because you feel they’re getting ahead of themselves and don’t deserve the success? Ego.

Smug as f*ck that you’ve lost 20lbs and all the clean eating has made you look waaay better in that dress that your sister also has? Ego.

Now on the downward spiral because your best mate is doing the same program and is even more ripped than you? Ego.

It knows exactly what would be needed at any moment to bring you back to small and safe and take you away from lit up and expansive, and it has a field day on social media with a never-ending stream of content for it to grasp at and use against your true sense of self. And it’s important to note: the ego is not above turning your spiritual practice against you. Many a time we’ve seen (and experienced first-hand) how the ego can cleverly turn a ‘sign from the Universe’ into a great excuse not to take that fantastic opportunity, or make meditation into procrastination or commitment into a soul-crushing obsession.

There are as many theories on how to deal with the ego as there are techniques for tapping into your own lightworker capabilities, and we are big believers in doing whatever works for you, but our ego coat check analogy is a deliberate one. Your ego is like a biker jacket, not a deliciously soft nappa number that moulds to your physique, rather one from the reject bin, with the studs on the inside. Ouchy!

You have the choice to check your ego at the door, because you don’t need it, it doesn’t serve you and it definitely doesn’t look cool.

For us the ego, AKA the shadow or monkey mind, is something simply to be accepted. By virtue of our human nature, free will and crazy modern world, the ego is within us and can be triggered at any moment, especially if we are spiritually undisciplined. It’s just there. If we think of it as darkness, the only way to get rid of it is to shine light on it.

You cannot fight darkness. You cannot swing a baseball bat at it and make it go away. You can’t unfollow it on Facebook or delete its number. You can only turn on the light. So through meditation, prayer and conversation with our angels, we can turn on the light that shines away the darkness of the ego. The more practised we get at shining our light, the weaker the darkness gets; the less able it is to overcome our light at unexpected moments. 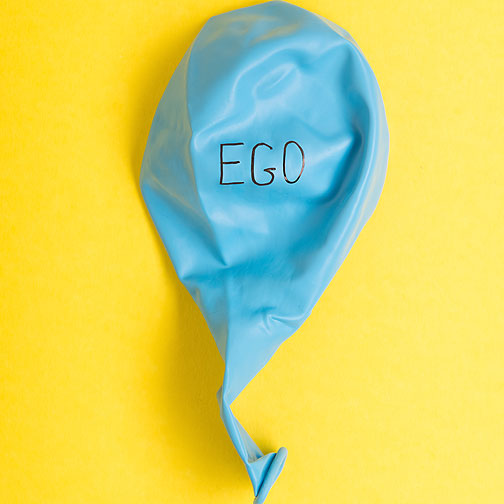 Practice comes with keeping an eye on it and being an observer of your thoughts like a blogger might capture a fashion show. We’re not suggesting you live-Tweet what’s in your head – but hey, whatever works! We’re simply saying be mindful of the words, interactions and energies that are coming from your ego rather than your intuitive, authentic self. And when they crop up, send love by using the light force – write a comment of congrats on Facebook on your mate’s engagement announcement post, even though you’re not exactly a fan of her fiancé. Call a truce on that silent grudge with the girl at work. Text that guy to apologize for ignoring his messages on Tinder, if you know you were being Queen Snark and he was just trying to be nice.

As we train our minds, thoughts and actions to dwell in light, they become less vulnerable to the ego’s wily ways. The light can be switched on at any moment, and is no less effective if you haven’t used it for a while, but the benefits are cumulative if worked regularly.

Whenever ego takes hold, whether you can see it coming, are in the midst of an ego-induced slump or are clambering dazed and confused out the other side of a recent bout of ego overdrive, your awareness is everything. The moment you become aware of what is happening you can flick your light on faster than you can say ‘uncomfort zone’ and get back to a healthier equilibrium.

So be active and conscious and check your ego at the door because that truly is a giant leap in itself and we have a feeling it will be popping up again along the way – in this book and, y’know, in life.

Editor's Note: For more insights from Lucy Sheridan and Jo Westwood, check out #HigherSelfie - their first book for Hay House - which is out now.

Lucy Sheridan, AKA the UK's first Comparison Coach, helps Gen Y get over the 'compare & despair' of social media and be truly happy off- and online. Her work has been featured in Grazia and The Daily Mail.  Continue reading